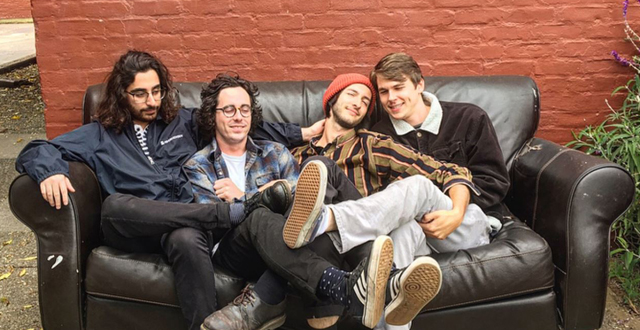 Close to 20,000 adults, children, and dogs spent this past Saturday attending the 20th Street Block Party, a neighborhood festival, now in its sixth year, showcasing local music, talents, and culture.

Lately, it feels like at least one SF music venue closes down or changes ownership every month (see the recent announcement about The Hemlock Tavern). However, there are still beacons of hope for local bands, like Noise Pop, an organization of Bay Area event producers who help to promote homegrown opportunities and events like the 20th Street Block Party. This free-to-attend, one-day, outdoor gathering celebrates San Francisco and Mission District diversity. The event even goes one step further by raising money (through suggested donations) for local businesses, including the Mission Language and Vocational School.

On Saturday, positively-radiant visitors filled the city streets to soak in the sights and sounds of bands playing live music. The event organizers gathered an eclectic mix of musical acts to perform at 20th Street Block Party, including an online contest that added one additional, voter-selected band to the lineup.

The winner was Mint, a fun-loving group of former Orange County residents now living in SF that play a melodic combination of surf rock, post-rock, and shoegaze. As Mint’s guitarist Tyler Bolton recalls, “I saw one of our friends entered [the Noise Pop contest] and thought we should do that…it’d be fun. If we get in the top 10, we get on the Noise Pop booking list…that’s all I could ask for. Winning was next level. It was completely unexpected and amazing that it turned out this way. After 200 mom votes, here we are.”

So far, the group has played at a handful of local venues likes El Rio, Honeyhive, The Depot, and gigs at SF State. But getting the chance to take the stage and play for a large local crowd at an outdoor Noise Pop festival was beyond their imagination. “[It’s been] such a fantastic experience. We can’t even put it into words. The amount of Noise Pop shows I’ve been too…”

When asked who are the band’s influences, it starts with acts with distinct styles like Interpol, My Bloody Valentine, and shoegaze group Pinkshinyultrablast. “It’s ambient and transcendent and it’s so cool,” says Bolton. “If I can make anything comparable to that, that’s the dream.”

Lead singer Hayden Kellam pinpoints another motivation behind their sound, “I think we’re trying to take in what’s around us. There is a scene brewing. Maybe a psychedelic sound is what you call it. I think we all take little pieces from other places–from a show, cool bands, etc.. We’re trying to be part of this community and inspiration from it.”

One of the most inspiring parts of 20th Street Block Party is how the event’s message is consistent with the mindset of its participants. Mint is a perfect example—seizing a tremendous opportunity to reach the public, and then using it to promote positive change and others within the local music community.

The Block Party and house shows were sick! Thanks so much to everyone who came out, we've got a lot of big things coming up !! Pc: @obeyevangraye

@kidrenegade got a new accordion and we just released a song on @_pacificnature !! Link in bio🐲

SEP 23 Michelangelo's Sistine Chapel: The Exhibition Opening Night at Cathedral of Saint Mary of the Assumption (St. Mary's)
The Best Events
Every Week in Your Inbox