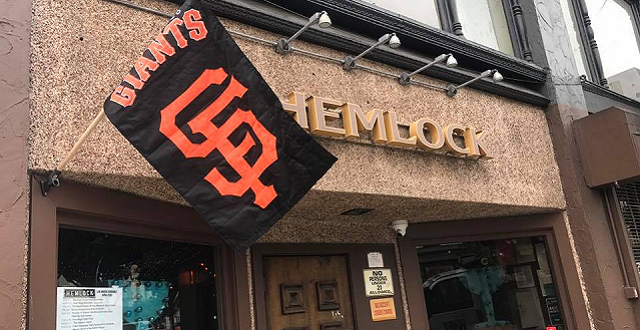 According to an interview with KQED, managing partner Don Alan decided to sell his business and its liquor license to Dolmen Property Group, the developer that bought the Hemlock property back in 2015. The Hemlock will continue to operate through the first week of October.

*****HEMLOCK TAVERN SOLD AND WILL TRANSFER OWNERSHIP IN EARLY OCTOBER 2018.***** The Hemlock Tavern and its liquor license have recently been sold. We will be operating as usual and featuring a full schedule of live music from now through Sept. 30th, 2018. We will transfer ownership to the new management sometime after holding our 17th anniversary party on Saturday, October 6th.We would like to express our deepest gratitude and appreciation to all of our patrons, supporters, and the approximately 15,000 local/national/international bands and music acts that performed over 5,000 shows in our back room since October 2001. Running a live music venue was always a labor of love and we're proud to have contributed to the cultural life of San Francisco and the Bay Area. It was a great run.

Hemlock Tavern, known for its indie rock and punk concerts, currently has a lease that runs until 2022. However, after a recent decline in business and securing buyouts from all the other building tenants, Alan chose to sell the business and license. The recent decline in business and ticket sales at Hemlock’s Tavern could be attributed to the current shift in San Francisco demographics. The “blue collar” crowds that used to fill Hemlock on weeknights have moved to the East Bay.

Dolmen Property Group now owns the entire city block bound by Hemlock, Polk, and Sutter streets. According to planning documents, the developer intends to build a brand new, 54-unit mixed-used building (residential and commercial) with a rooftop terrace. Dolem has plans to reopen Hemlock Tavern in the new building. The new project would provide much-needed housing while maintaining an entertainment space. A new version of the Hemlock Tavern won’t be affiliated with the current management.

JUN 24 Submission: Cocktails, Kink & Comedy at Kimbara
The Best Events
Every Week in Your Inbox