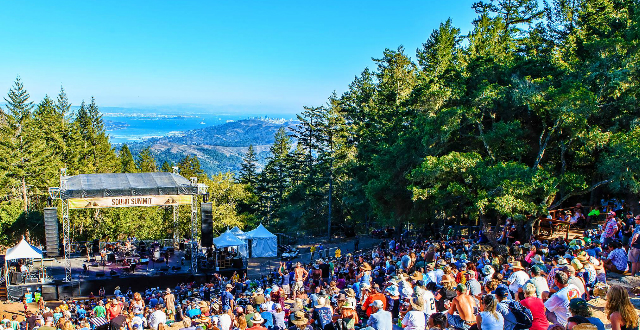 The date for the third annual Sound Summit has been confirmed! The annual benefit concert for Mount Tamalpais State Park will take place on Saturday, September 9 at the Mountain Theater in Mill Valley. The event’s purpose is to inform the community about the resources and needs of Mount Tam, through a celebration of music, arts and nature—as well as raise money to support the pristine environment.

June 19 Update: The event’s organizers channeled their inner hippie to celebrate the 50th anniversary of the of both the Magic Mountain Festival and the Summer of Love in fitting fashion. Two pillars of the Grateful Dead, Phil Lesh and Bob Weir, will join forces to headline an eclectic day of music high above the Bay on the slopes of Mount Tamalpais.

Also performing this year are Jim James from My Morning Jacket who will make a rare solo performance, as well as sharp-witted indie singer-songwriter Jenny Lewis, New Orleans’ ever-joyful Preservation Hall Jazz Band, and Bay Area favorite, Vetiver. More acts will be announced in the coming months. Returning as the day’s dynamic Masters of Ceremonies are the charismatic Bay Area radio personalities Murph & Mac (aka Brian Murphy and Paul McCaffrey). See below for the current lineup poster.

Tickets go on sale Wednesday, June 21 at 10am PST. 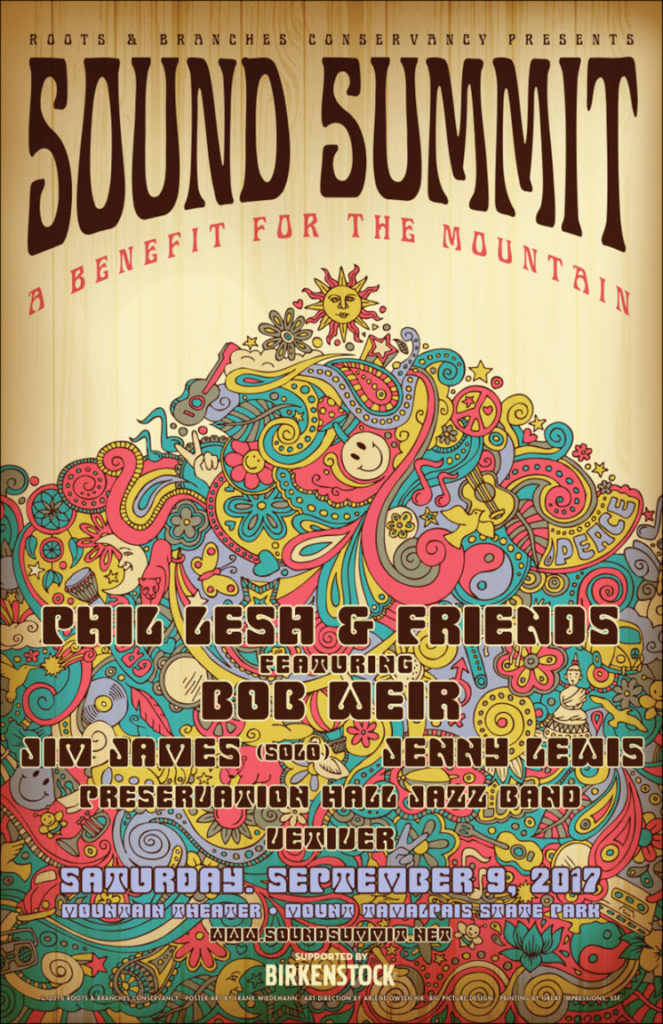