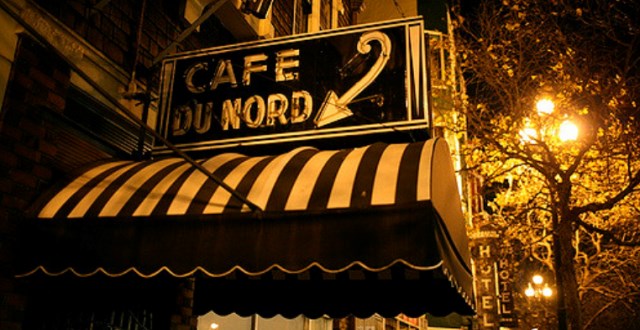 With all the news in recent years about venues closing, it’s always fantastic to report about new venues opening. Better yet, the revival of one of the Bay Area’s historic music venues. Café du Nord, will officially return next month, with help from Noise Pop Industries in collaboration with Swedish American Hall owner Dylan MacNiven (from Woodhouse Fish Company and West of Pecos). Their new event calendar is already coming together and a kick off featuring Oakland-based band Rogue Wave is set for June 1st.

Café du Nord closed back in 2014 but re-opened 18 months later more positioned as a bar and restaurant than a music venue. Now, changing back to a music venue, Café du Nord has been partially renovated to better accommodate live music and continued improvements are expected to take place over the next year. Food and beverage favorites will continue to be served from the old menu, including the Burger Du Nord and bucket of fried chicken. New options will also be added like as the Woodhouse lobster roll.

Located underground, beneath the Swedish American Hall, the historic space will complement the programming upstairs, making the historic building a true hub for the local music and arts community.

Noise Pop founder Kevin Arnold added a note about their decision to become involved with the Café du Nord developments. “With so many challenges facing the Bay Area arts community, we are happy to help restore an amazing piece of its musical landscape. So many fond memories have been created at Café du Nord and the Swedish, and we hope to inspire many more in the future.” 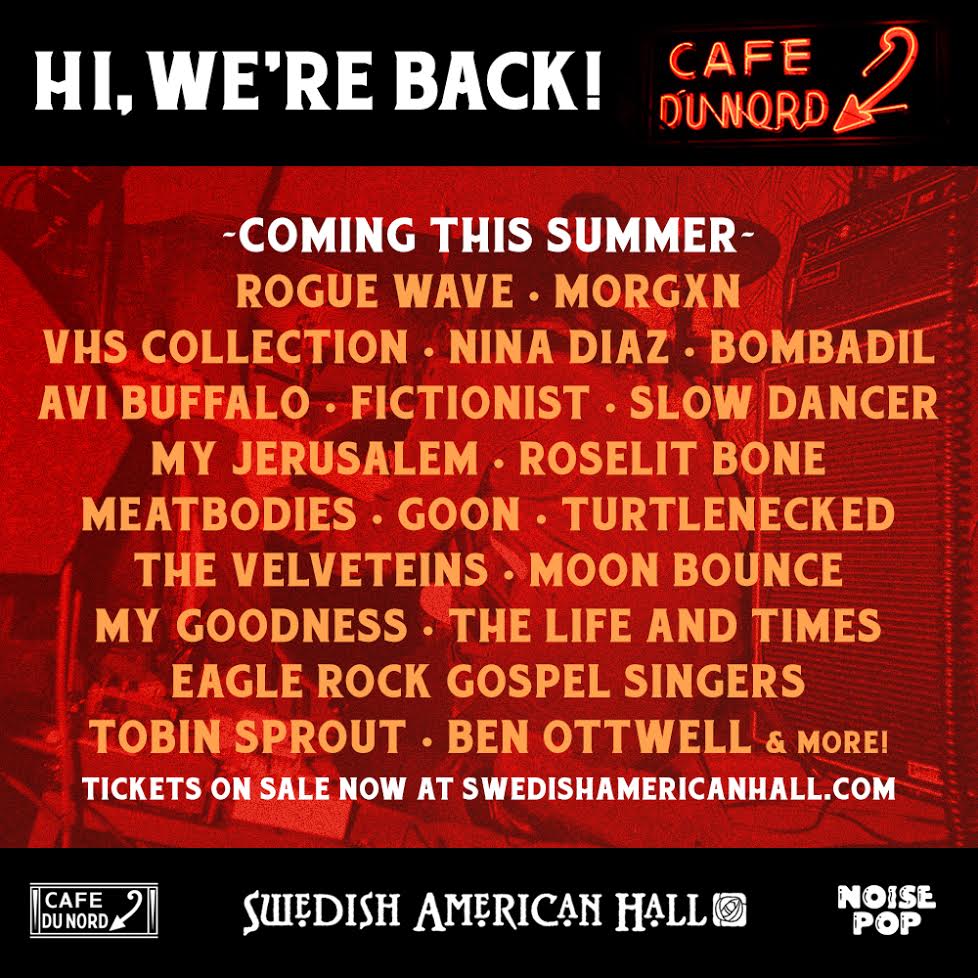 Tickets to each of the upcoming shows at Café du Nord can be purchased at the venue’s website.