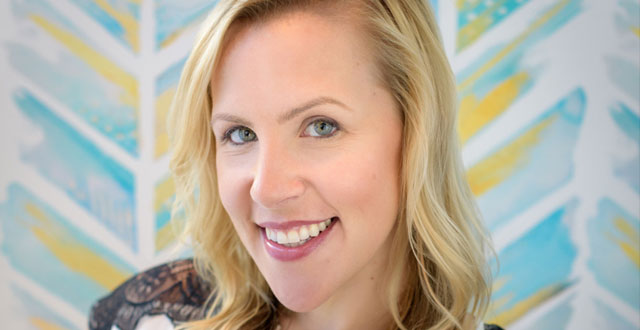 Tech savvy and entrepreneurial spirit couldn’t come to mind quicker when profiling the San Francisco type. Singing talent? Probably not. And yet Whitney Nichole, the entrepreneur behind Songbird Studios, thinks otherwise. On June 24th, Nichole is heading to Noe Valley to open a second branch of her Nob Hill voice lessons studio, by popular demand.

One of my mentors really convinced me to start teaching, and surprisingly, that was the most amazing thing for me

A singer-songwriter these days, Nichole had planned on having a ‘real job’. Originally from Redding, CA, she graduated from Yale and was working as a paralegal in New York, finding herself “completely miserable, moving money from one giant corporation to another”. Nichole then took time off the lawyer path and dedicated herself to music. “One of my mentors really convinced me to start teaching, and surprisingly, that was the most amazing thing for me”. She took on teaching voice lessons, moved back to California and started organizing showcases for her students. “The whole thing grew and snowballed, and couple of years ago I decided to open a studio, where additional teachers can teach more students”.

The original studio, complete with intimate recording spaces and musical instruments, only hosts 100 students and 5 teachers – the new location, however, will be able to add 300 singing hopefuls to Nichole’s clientele. Students have a monthly or an every-other-week membership and take one-on-one voice coaching lessons, with showcases, master classes and workshops to mix things up every once in a while. “When you come once a week, you see progress faster”, she says.

How would you describe the clientele?
Anyone and everyone from kids to teenagers to an 85 years old lady. I’m surprised every day at who comes in. Half of the students are adults – a lot of them are people with drier jobs looking for a fun, fulfilling activity to do every week. It also helps them to connect with themselves on a better level. But we also have aspiring professionals and touring artists.

What are the dominant musical genres?
We have some classic artists, but also a lot of contemporary – pop, rock R&B, stuff you’d listen to on the radio. And also a lot of song-writers, who write their own stuff. I have a student who raps about the tech culture. It’s genius, right?

Could anyone just show up?
People are often scared – but I don’t believe in being tone-deaf, just in being unfamiliar with your voice and lack of exploration. As a kid, singing is so personal, that if someone told you that you suck at a young age, it stifles you. But coming in, you work on finding your voice and being happy with singing. Not everyone can be Whitney Huston, but you can absolutely enjoy singing.

Nichole, who trained one-on-one herself, is also on the board of Vocology in Practice – an international group of voice teachers that meets annually and educated itself on topics of voice. On top of managing Songbird Studios with her husband, whose photography work decorates the space, Nichole maintains her passion for performing and often sings at local festivals and small venues. “I’m really busy, but I thrive in it”, she sums up.