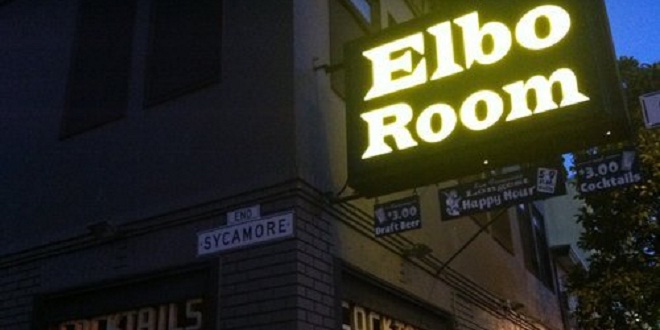 After months of speculation and hand wringing in the music scene, the owners of the two-story building on Valencia Street housing bar and music venue the Elbo Room confirmed plans to demolish the property for condominiums.

During a recent community meeting, Dennis Ring and Susan Rokisky-Ring explained that they want to build condos with an elevator so they can live in the building as they age. The couple has lived in the Mission for more than 40 years and their current house only a few blocks away from the Mission district venue has too many stairs with no elevator, they said.

After demolition, architects will construct a five-story, nine-unit building with a roof deck on top and room for commercial space on the ground floor. The Rings promised to help relocate the Elbo Room elsewhere in the Mission, but skeptics remain. No immediate groundbreaking is expected until 2015, when the Elbo Room’s property lease runs out.

Previous parties held at the Elbo Room include the long-standing Dub Mission reggae party every Sunday and dance-fusion collective Afrolicious, who held their final weekly funk party in June of this year following a seven-year run.

Ring and Rokisky-Ring founded the Elbo Room 1991 and sold the bar business in 2010, but still own the building. The bar originally opened in 1935 after Prohibition and has been a place of entertainment since 1940.

Scenes from the Elbo Room from the SF Station archives: