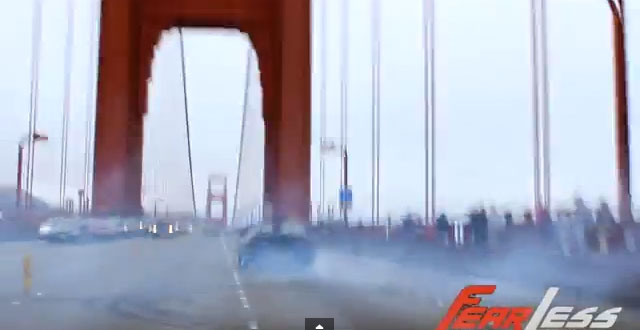 You wouldn’t know it from local media reports, but side shows are not strictly limited to East Bay streets and freeways. A few reckless drivers recently stopped traffic on the Golden Gate Bridge and Waldo Tunnel, coming dangerously close to the center divide of the bridge with oncoming traffic in the next lane.

Watch the video below from Fresno-based Fearless Muscle car club, which unconvincingly claims “all activity was computer generated” at the end of the clip.

UPDATE: The original video was deleted but a clip is still online via local news channel KRON 4.