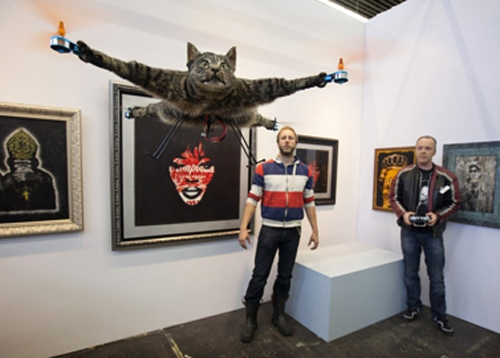 Some pet lovers give their deceased companions elaborate funerals, while some have their furry friends cremated and then scatter their ashes. An (obviously) insane artist named Bart Jansen had his dead cat stuffed and then turned it into a toy airplane.

After his cat was killed by a car, Dutchman Jansen had his kitty stuffed and made her into a remote controlled helicopter. Words defy me.