Todays solidarity protest began at Mission High and spilled across Dolores Park. Watch the videos below

Officer Rhodes of #missionpolice takes a knee with the thousands of protestors in #SanFrancisco. The rest of the standing officers later followed suit. #blacklivesmatter pic.twitter.com/fQSC1eT7dI 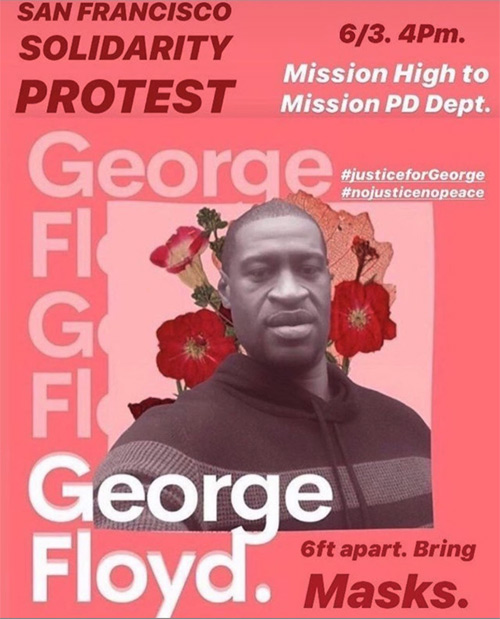 A flyer for the George Floyd protest on Wednesday June 3rd at 4pm.