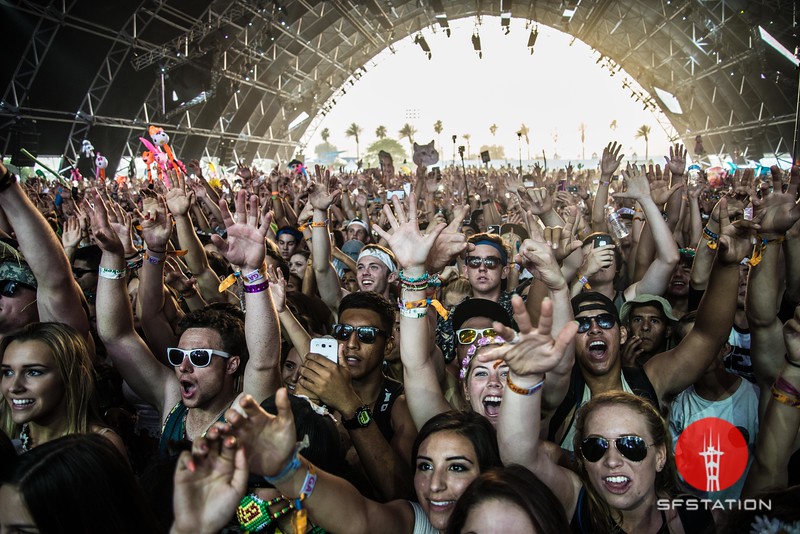 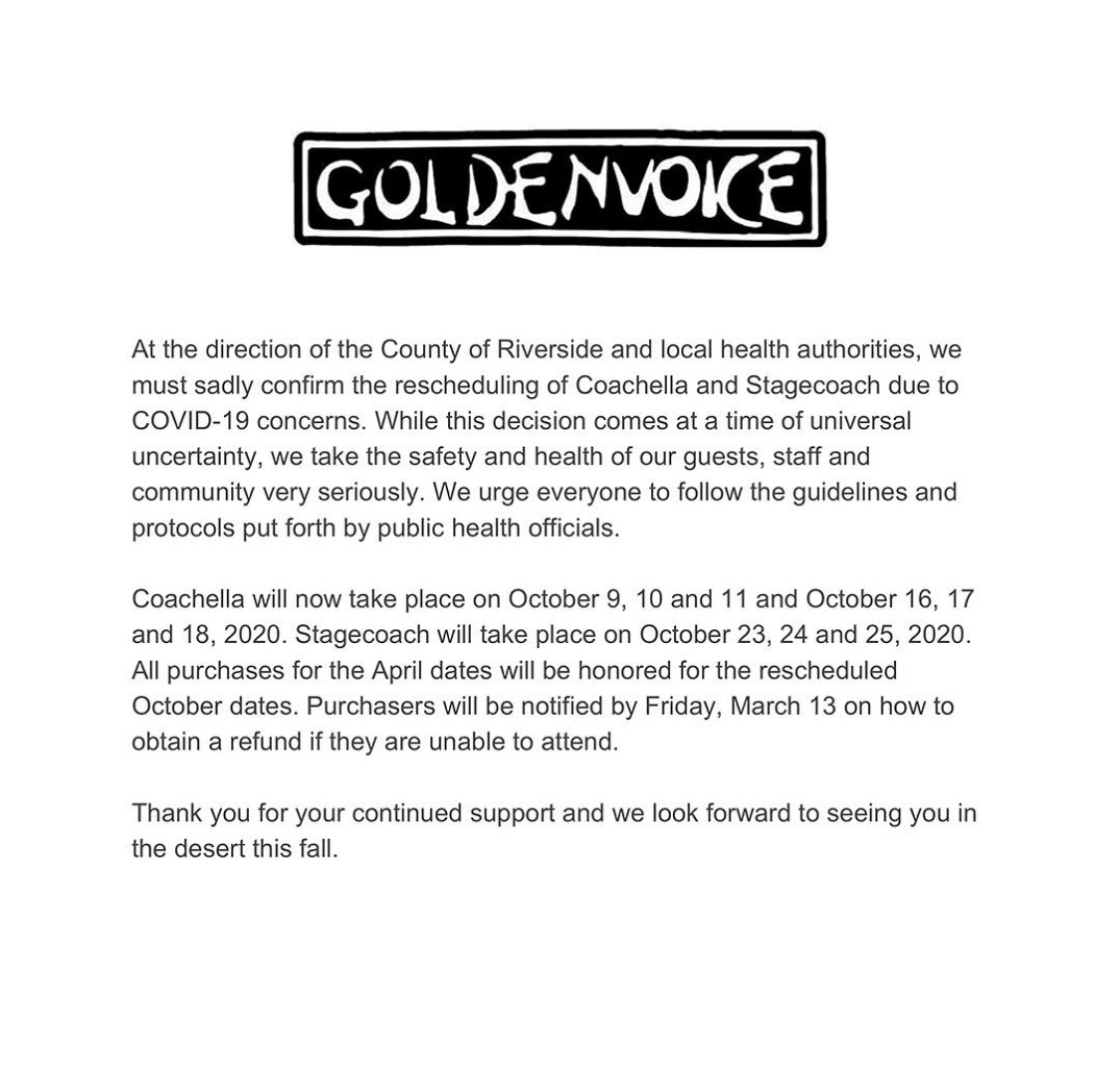 The fate of this years festival in Indio remains uncertain according to various sources.

“The music festival’s organizers are in talks to delay the festival until October, as the U.S. reports new coronavirus cases, sources tell Rolling Stone.” – RS

No official word yet from Coachella on the status but meanwhile SF Bay Area will be home to what some dub “Baychella,” aka Desert to the Bay, when artist from the festival are scheduled to perform at local venues Great American Music Hall, The Regency Ballroom, The Midway, The Warfield, Slim’s, 1015 Folsom, San Jose Civic, San Jose State, Frost Amphitheater and Oakland Arena. 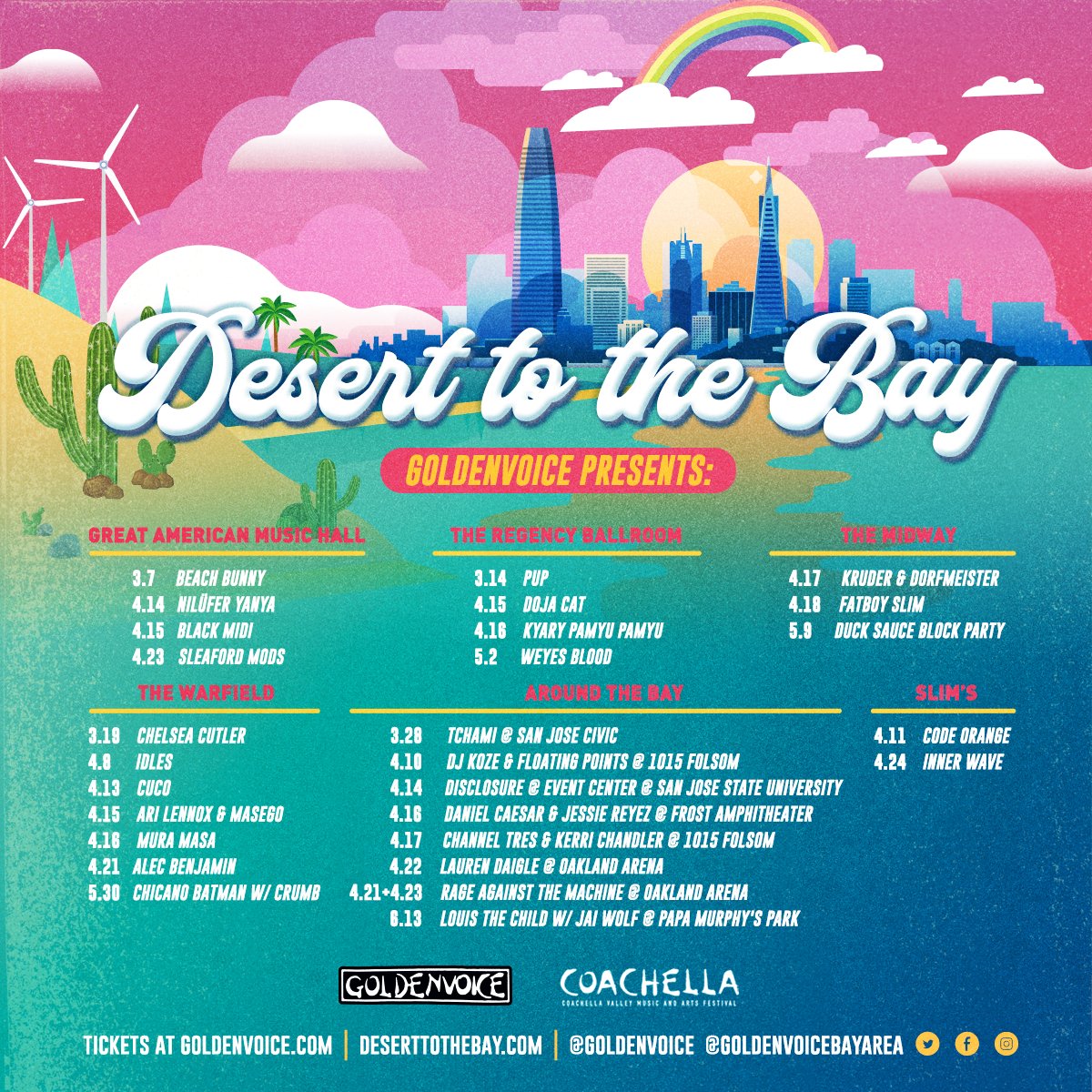 The Coachella Valley Music and Arts Festival is currently scheduled for April 10-12 and 17-19 and features headliners Rage Against The Machine, Travis Scott and Frank Ocean.

New reports by multiple independent sources have confirmed that #Coachella will be delaying its two April weekends due to the spread of coronavirus. The same lineup is said to now be scheduled for the weekends of October 9 and 16.
Photo: Rich Fury/Getty Images pic.twitter.com/lg9yczgo0j