Almost all of the artists taking part this year are from the Bay Area, with the exception of Los Angeles-based, Emmy-nominated choreographer Chloe Arnold. Ticket prices for each event range from $10 to $30, with the first two weekends taking place at the Dance Mission & ODC in San Francisco and the final weekend in Oakland at Laney College Theater. SF Dance Film Festival has also partnered with Black Choreographers Festival to screen several short films, with exact dates and times currently to be announced.

The second weekend features “New Voices / New Works” and performances by Gabriel Christian and Chibueze Crouch, with excerpts from their evening-length mouth//full, a personal exploration of spirituality within and outside of religious institutions that they describe as “a new mass where we can feel truly whole and holy.”

In addition to the performances, Arnold will facilitate a master class on Saturday, March 7th from 12noon to 2pm. The class will take place at the Flax Building – 1501 Martin Luther King Jr. Way and participation is open to all for a $15 fee. 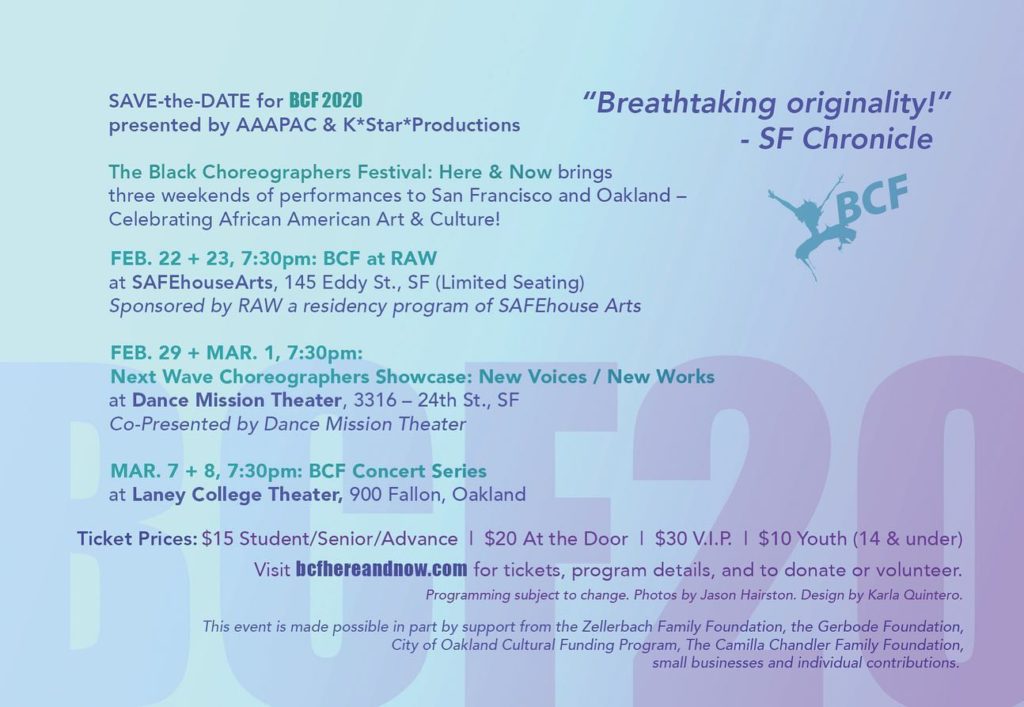 JUL 12 Rifftastic: The All Crowd-work & Riffing Show! at Punch Line Comedy Club
The Best Events
Every Week in Your Inbox