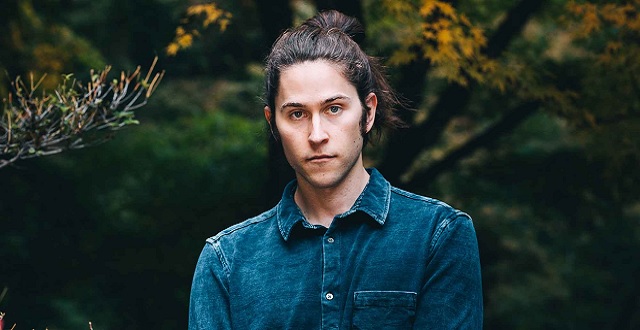 Jackson Stell, known as Big Wild, will be making his second appearance at Northern Nights Music Festival (NNMF) next month. Originally from the East Coast, Big Wild started seeing the fruits of his labor as an established music producer after moving to Cali. Although he now resides in Portland, his love for the Bay Area, and the Golden State’s beautiful natural scenery, remains.

To preview NNMF, we spoke with Jackson to learn more about his professional development, his thought process and creative approach, plus his excitement for the summer forest festival.

When did you decide to pursue music full-time?

Pursuing music full-time was a decision I made really early on. I started producing around age 13-14. It didn’t take long, maybe six months to a year into it, when I realized this is what I want to do for the rest of my life. I fell in love with music, and producing, and songwriting. That when the decision was made. Obviously, I had to hold side jobs to support myself once I was out of the house. It was also the intention of making music for my career.

How did a visit to Big Sur influence your move from Massachusetts to California?

My then girlfriend, now fiance, was trying to sell me on California, even though I was already set on moving. That was one of the first places she brought me too. It was a really great experience. Nothing I had seen before that had really… it was such an eye-opening natural landscape for me.

She took me to Santa Cruz and all through the Bay Area because that’s where she’s from. That trip really sold me on finally making the move. Both to be with her, but also just a better move for my career. Honestly, its just healthy to live something different and try something new. Especially, if you can afford it or you are in a part of your life where you have the freedom to do that.

I actually live in Portland now. I really enjoy it. It’s nice. The weather is a little more grey. There is a really healthy local music scene, and a lot of culture… It’s a good spot.

What’s been the most surprising feedback you received about your debut album?

I might have guessed this would happen a lot of people have commented especially after the live show. They’re surprised I’m the one singing. At the same time, no one else is listed as the artist on the track. They see me singing it live and they’re like, “oh shit, that’s him on the track. Oh, okay. I get it now.”

I guess it’s less something I’m super surprised, but more honestly, it’s a nice revelation to have or figure out. It’s cool when they make that connection and I think it changes how people view me as less strictly a producer, and maybe more in light of a vocalist or a songwriter. I think it broadens people’s horizons on how they perceive me as an artist and it’s really nice to have that kind of recognition.

Who are your vocal influences?

You know, I think when I was first learning how to produce, a lot of time I would hear something cool and interesting and I would think how can I emulate that and bring it into my own style? That’s how I learned to produce. Eventually, I got to a point where I felt I fully had my own sound. Even though that’s always a work in progress.

With singing, it’s a little different. I think I really connected with anybody that had a really unique character or sound to their voice, or really expressing themselves in a genuine way, because I realize that’s what I want to achieve with singing. And something I’m always going to strive for is being genuine to my own sound and my own style.

One artist that came to mind was someone like Freddy Mercury from Queen. He just had such his own style. It was so him. I really respected that. How can I encapsulate being completely me; representing myself really well? I felt like he was doing that with his voice. Those are artists I resonate with the most. How can I get closer to who I really am as an artist? It’s a bit of self-discovery.

I think one thing I like about vocals is yes, you can have singing shows like The Voice or American Idol, and there’s a very specific type of singing and there’s a very specific type of singing they’re promoting there. It’s mostly vocal athletics. I realized you can be a vocalist and singer and technically not great at any of those things but still, people connect with your voice. It’s so you, so your individual style. I think people are surprisingly good about understanding what’s genuine and what’s not.

Has your health scare impacted your ability to create and perform?

I think if anything it’s helped. At that period of time, I was affected by it mentally and physically. Now that a few years have passed. I don’t have many health side effects from it, but I think mentally it did help a little bit and gives you a little bit of your perspective.

You try and take time to capitalize and make the most of your time. It puts your mortality in your face. It could be maybe a car crash. You could survive it or what not. Having your mortality and thinking about it actively can come up in a lot of different ways; if you have a good mindset and perspective. It can also be totally unhelpful too. I think it has helped me in terms of overall perspective.

What highlights do you remember from visiting San Francisco and playing Bill Graham last December?

Bill Graham is a great venue. It’s huge. It’s a lot of fun playing a big show. A lot of times when you play inside, you can do tons of crazy production. That show was definitely a big one for me.

I’ve been to SF quite a bit. I like going down to Baker beach or up to Twin Peaks. It’s a cool area. You also realize how many people you know actually live there. I can meet up with this person and this person. I feel like the Bay Area is a bit of a home for me.

How did you first hear about Northern Nights Music Festival and what are you most looking forward to about the event?

I played the festival two years ago and I’ve done a few shows with the promoter, Matty. I’ve had a really good time. The festival has a really great vibe. I love the location up north with the redwoods. It’s a great backdrop, an all-around great festival, together with camping.