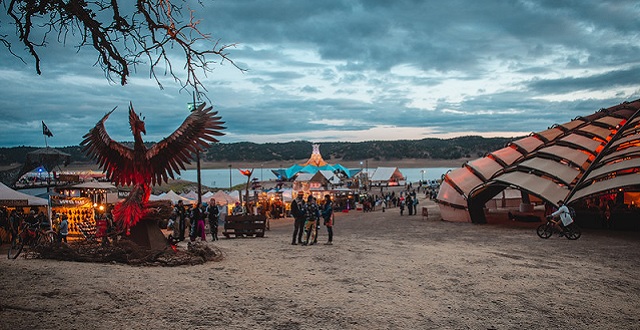 The annual Lightning in a Bottle (LIB) Music Festival is making a few big changes for 2019. The event will now take place two weeks earlier (May 8th – 13th) at a new outdoor venue, the Buena Vista Aquatic Recreation Area in the Central Valley, near Bakersfield – no more Lake San Antonio Recreation Area.

Hosted by live events promoter the Do LaB, LIB invites electronic musicians to perform across multiple stages for six consecutive days, all while reinforcing themes of wellness, sustainability, and creativity.

Four- and five-day wristbands are available to purchase, with a layaway option to divide the cost into payments. Vehicle Passes, Bus Passes, and Boutique Camping must be purchased separately in the main ticketing event. Tickets On Sale Saturday, Feb 16th, at 10am PST

February 15 Update: The phase one lineup has been announced, with Disclosure, Santigold, and a 3D live performance experience by Flying Lotus among the heavyweight electronic artists performing on the Lightning stage. See below for the list of artists for three of the six stages.

Over its history, LIB has seen numerous venues changes. It started back in 1999 in the Los Padres National Forest, then moved to Angeles Crest Forest in 2004, followed by a relocation to Santa Barbara in 2006. In 2010 it was held at Silverado Canyon and in 2013 it moved to Temecula for one year before settling in 2014 at Lake San Antonio, near to town of Bradley on the central coast. The new lakeside location is close to Bakersfield, about two and a half hours south of last year’s location. 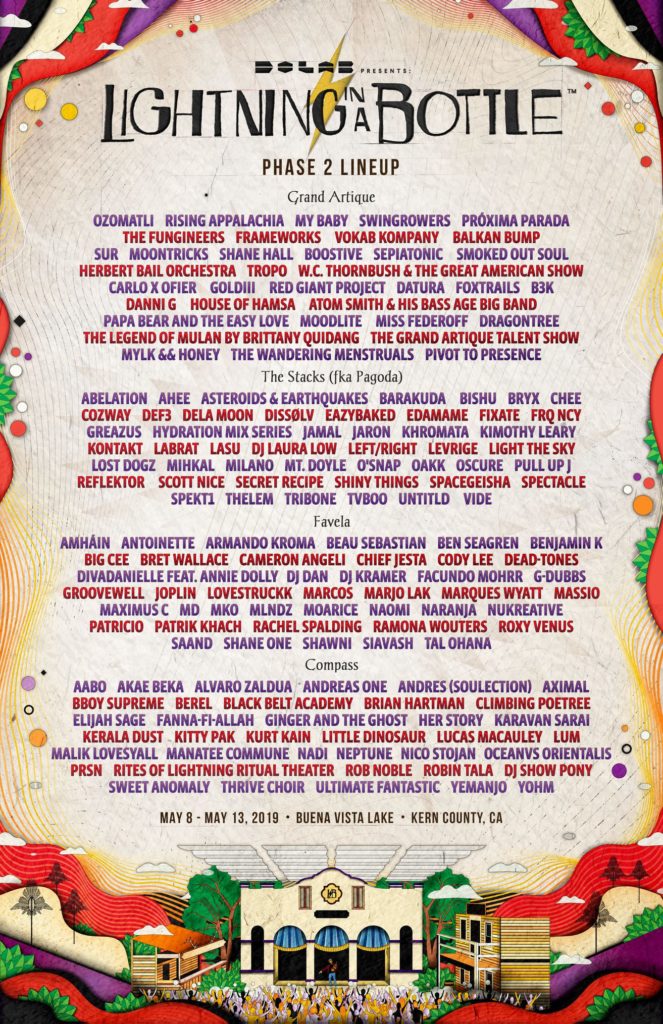