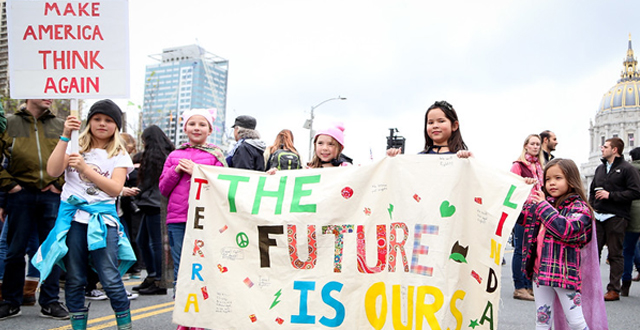 The Women’s March is a march of victory, a march of power, and a march of support. Victories in women’s rights have been seen throughout the world and in the #MeToo movement, but the movement to unify and empower everyone who stands for human rights, civil liberties, and social justice for all is far from finished.

Here we are now, in 2019, with the marches returning and still plenty of reasons to march. Take a deep breath after yet another turbulent year, show your support, connect with like-minded humans, shed light on injustices that still need conquering… All are welcome to be part of this wonderful day.

On Saturday, January 19th, 2019, the Women’s March in San Francisco, Oakland, and San Jose are just three of many marches and events that take place locally. 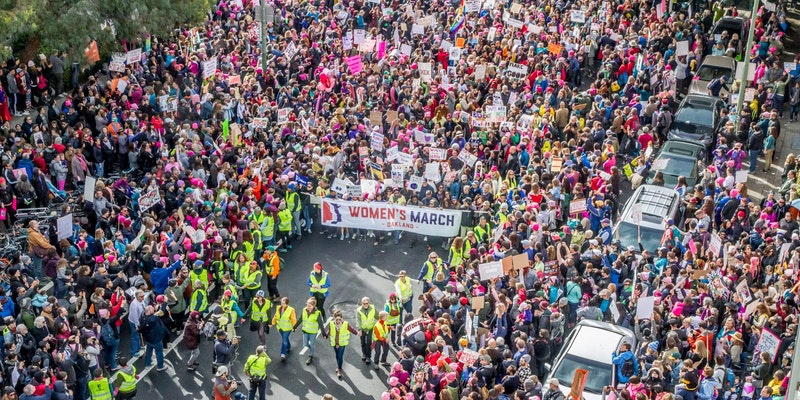 This year’s event continues to proclaim the message of equal justice and equal rights for women everywhere. The Women’s Marches of the last couple of years have witnessed millions of marchers stand in unity to show their solidarity in the continual struggle for equality.

As stated by the SF Women’s March organizers, “This rally and march is designed to engage and empower all people to support Women’s rights, Human Rights, Civil Rights, Disability Rights, LGBTQIA Rights, Workers Rights, Immigrant Rights, Reproductive Rights, Indigenous People’s Rights, Social and Environmental Justice, and Tenant’s Rights. Our feminism must be intersectional and we must continue to organize as such… (We want to) help provide resources for people to Organize Locally, Register to Vote, Vote, Women Run For Office (especially WOC), and Elect Progressive Women & Allies.”

As always, act within the lines of common sense, be safe, be respectful, and come with an open heart and mind. Dress in layers and comfortable shoes. Check the weather and dress appropriately, there will be a chance of rain.

All photos by Gabriella Gamboa

Women’s Marches in the Bay Area 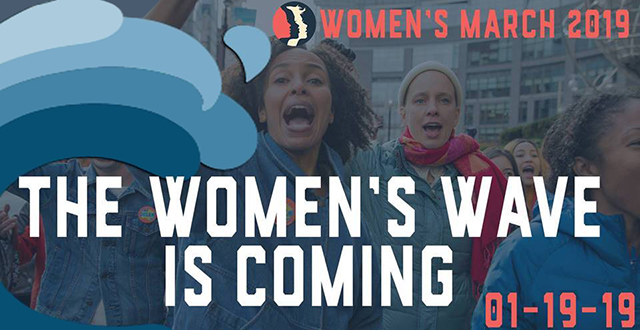 Tri-Valley: The Tri-Valley Women’s March 2019 will begin at 1pm at Amador Valley High School in Pleasanton.

Walnut Creek: Women’s March Contra Costa – Together We Rise starts at 10:30am at Civic Park.

Napa: Women’s March Napa Valley “Truth to Power” begins in front of City Hall at 10am.

Petaluma: Women’s March Petaluma starts at Walnut Park at 11am.