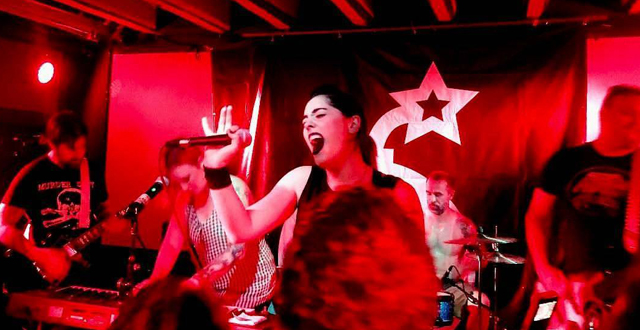 Bay Area punk rockers, Tsunami Bomb are known for their high-energy shows fronted by a duo of female rockers. Now, they are back at it after a decade-plus hiatus, and with a rejuvenated lineup. They are playing their first Bay Area show since reuniting, and to a sold-out crowd at Bottom of the Hill.

Since reuniting, they’ve played a couple Warped Tour gigs in Mexico City, a successful mini East Coast tour, and are booked to play the eighth Pouzza Festival in Montreal with Anti-Flag and Reel Big Fish in May.

The band formed in 1998 in Petaluma where the music scene was thriving. It became a weekly occurrence to head out to the Phoenix Theater to check out some of the local music, and most the time, there weren’t many slouches. The scene produced a slew of memorable bands such as The Velvet Teen, Siren, Nuclear Rabbit, Ground Round, among many others through the years. Tsunami Bomb, at the time, was originally thought of as Davi’s theatrical side project, whose main project was a rap/rock/ska band called, Headboard.

Looking for members to bring this project to life, Davi turned to the Phoenix Theater for musicians. That’s where Davi first got in touch with Oobilette Sparks, “She was in another band and eventually quit, and then I left Headboard. We just made Tsunami Bomb our thing.” This was the beginning of Davi and Sparks’ journey into creating a band they couldn’t predict would later change their lives.

After solidifying the lineup, the band gained momentum, getting their start from AFI bassist Hunter Burgan’s label Checkmate Records, and later Tomato Head Records, Tsunami Bomb would release a number of limited run EP’s before signing to Kung Fu Records in 2002.

Due to relentless touring around the world with bands like The Ataris and the Vandals, eventually getting picked up by the Vandals label, Kung Fu Records. Everything seemed great, but the band was exhausted. “The truth was,” admits Davi, “we probably toured ourselves into the ground.”

The two original members, Davi and Sparks, found themselves out of the band for separate reasons, and Tsunami Bomb, who became one of Sonoma County’s biggest bands, faded away. All the members worked on various projects throughout the years and dabbled in other bands, with some members moving away from the Bay Area. Over a decade later, Davi eventually picked up a gig working as a part-time publicist for Kung Fu Records. 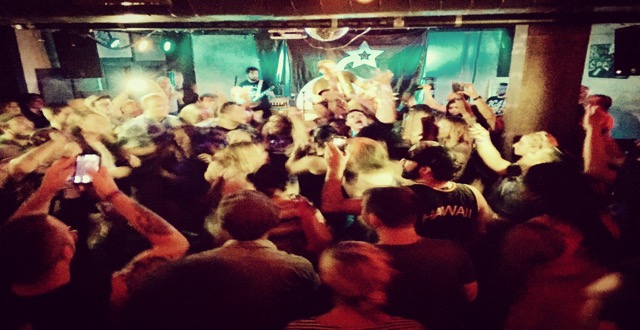 This would end up being a turning point for Tsunami Bomb’s resurgence. “At one point, Joe Escalante [co-found of Kung Fu Records] turns to me and says, ‘you know, Tsunami Bomb still sells,’” recounts Davi. Eventually, Escalante suggested they release their old material, pre-Kung Fu Records. Then, at the Punk’s Not Dead festival in Southern California, Davi was helping out Kung Fu Records, who had a booth which was also featuring Tsunami Bomb’s gear. “It was selling so fast they actually called me up and said, ‘stop what you’re doing, come here right now.’ I started signing autographs and they were like, ‘see!’”

Afterwards, Davi talked to the band and they all agreed to release a record of old material. Then someone came up with the idea of playing together to create some buzz about the record. However, not all the members were on board. They toyed with the idea of starting a spin-off of the band, coming up a similar type of name while playing old songs, but nothing materialized. “We came up with the worst names, and nothing worked. At one point we’re playing, and it sounded just like Tsunami Bomb, so we were like screw it…We’re Tsunami Bomb.” Along the way they found Kate Jacobi, who replaced singer Emily Whitehurst, and guitarist Andy Pohl, who was coincidentally at the very first Tsunami Bomb show.

Fate has seemingly helped them secure this new lineup, and this time around they plan on doing things on their own terms. “The band doesn’t have any intentions to go out and tour constantly,” says Pohl, “but for what we are doing, it’s working really well.” They’re also very aware of the potential hesitation from old fans to accept the newly reformed version of the band. “We know there are expectations,” says Davi. “We’re not trying to come back and play the Warfield. It’s better, to us, to slowly let people take it in. We’re not trying to race against our old selves, we’re just trying to be the best band we can be, now.” And for Davi, there’s a deeper feeling of unfinished business.

Amidst working on new material, playing select festivals and planning a tour to Europe, one of their main objectives is to put the Bay Area punk scene back on the map. “We could be doing more by our home scene,” admits Davi. “I do feel like San Francisco’s become a little bit more of a bedroom community than it used to be. I would like to bring out some of these local bands that are amazing, and show people they’re worthy of notice, and worthy of attention.” A worthy notion from a band who intends to pay it forward for their fans, and the community.

Tsunami Bomb, The Bottom of the Hill, February 17th 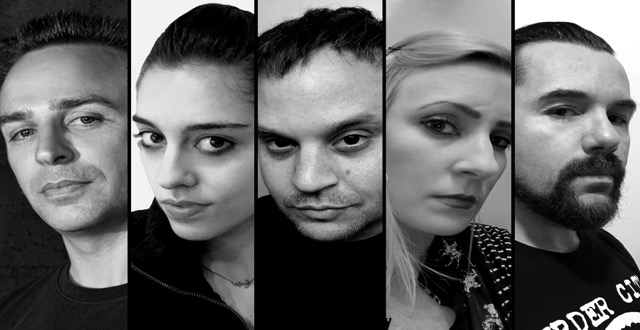