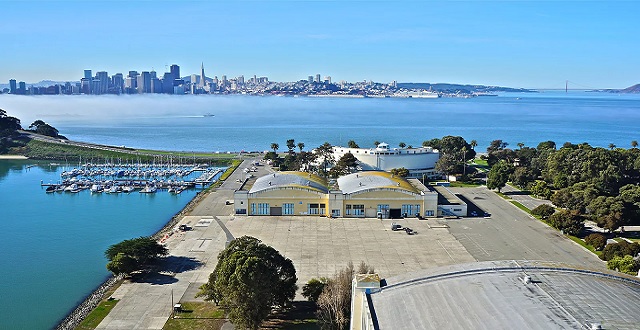 The ongoing lecture series “Little Island – Big Ideas” continues in 2018 with four, free speaking events on the present and future of Treasure Island. These are terrific opportunities to learn about the island’s rich history and exciting future.

The monthly lectures take place on select Saturdays at 10:30am inside the historic Building One and are presented by the Treasure Island Museum Association. The first event, titled “The Heritage and the Vision,” takes place on January 27, focusing on the latest changes happening on the island, while also recognizing its history. The speaker will be Walt Bilofsky, President of the Treasure Island Museum.

There are three more events through April, each with unique topics centered around Walt Disney’s contributions to the world’s fair on Treasure Island, climate changes on the island revealed in archeological excavations, and San Francisco’s 49 Mile Scenic Drive.

For details on the lecture series, visit the event’s website. Also, note that the Treasure Island Flea Market (now called TreasureFest) appears to have mostly corresponding days, so you can make a full day of checking out the lectures and cruising the flea market. Upcoming TreasureFest dates: January 27 & 28, February 24 & 25, and March 24 & 25.

January 27, 2018 – The Heritage and the Vision (Planning the New Treasure Island Museum)

February 24, 2018 – From the Magic City to the Magic Kingdom (Walt at the Golden Gate International Exposition) 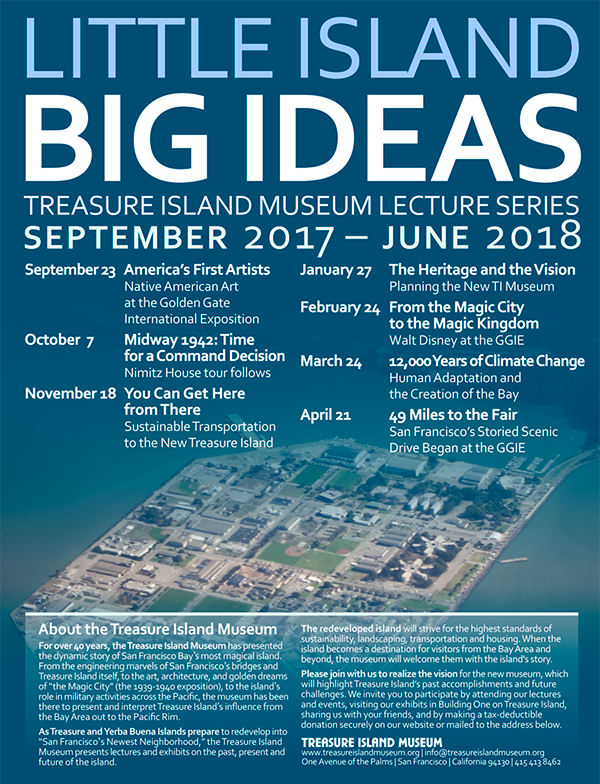