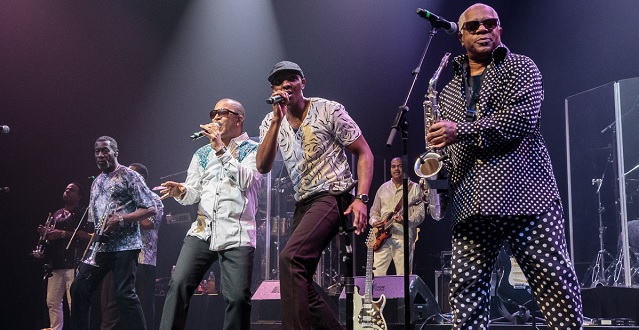 Organizers for Stern Grove Festival today announced Kool & The Gang as the headliner for the free, opening day ‘Big Picnic’ concert on June 25 to kickoff the 80th season of Stern Grove Festival. This will also serve as the sixth-annual Big Picnic fundraising event to support the mission of admission-free concerts and outreach programs to the people of the Bay Area.

The outdoor concert begins at 2:00pm at Sigmund Stern Grove, located at 19th Avenue and Sloat Boulevard in San Francisco. And while the concert is admission-free and open to the public, with concert meadow lawn seating available on a first-come, first-served basis, the Big Picnic Party is a ticketed, private event that starts 11:30am before the concert. Ticket holders will receive reserved picnic table seating in the meadow for the concert. For tickets, visit www.sterngrove.org/thebigpicnic. Also performing is local artist Quinn DeVeaux, who will open the show.

More than 10,000 people have gathered every summer Sunday since-since 1938 from June through August in San Francisco for a free party, picnic and celebrate music in a breathtaking setting. Stern Grove Festival brings together an eclectic mix of concerts with sounds of rock, hip-hop, jazz, folk, classical, funk, and blues.

The full lineup of Stern Grove Festival concerts will be announced on May 1.