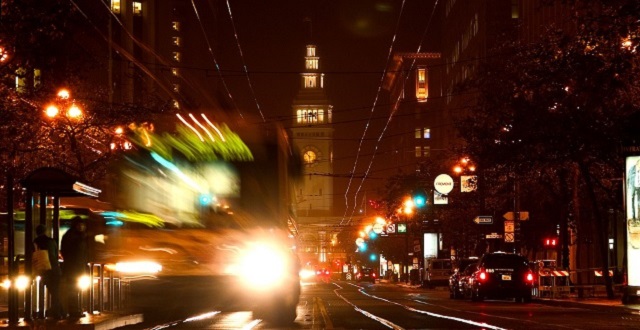 This week the SF Planning Commission approved a new amendment to a piece of legislation to preserve nightlife and entertainment venues from being sued for noise complaints by neighboring hotels and motels within 300 feet.

The Planning Commission approved the amendment unanimously and it will next go to the Board of Supervisors Land Use Committee for a final vote. Currently in San Francisco, there are 26 hotels and motels pending developments, 17 of which are within 300 feet of a music venue or club. Two of which are located near Ruby Sky and Temple Nightclub, and two more have three different nearby venues.

The “nightlife legislation” drafted by Supervisor London Breed in 2015, sought to alleviate the conflict between venues and their neighbors. The Entertainment Commission acts as a liaison in conversations between developers and venues with the hope of preventing issues before they happen. Places of entertainment can no longer be legally deemed a “nuisance” if it is operating within its permit. Lastly, all potential housing residents located near entertainment venues must be informed of the fact before moving in.

Friction between hotels and venues already exists. For example, the Campton Place Hotel battles with Love + Propaganda, while the newly completed Hampton Inn on Jessie Street has seen its TripAdvisor ratings drop in part because of customers who’ve complained about the noise from Mezzanine shows.

In addition, a pending development at Divisadero and Grove recently caused a headache for rock venue The Independent, which would potentially share a wall with the new condos. The development includes triple-paned windows, and apartments have been restructured to avoid placing bedrooms on the side of the building that faces the club.

With aggressive development and a multitude of music venues, the venues were missing formal protection from pending hotels and motels. Prior to 2015, new residential developments built next to music venues could sue for noise complaints, even if the venue had been around longer. Brick + Mortar was forced to install $50,000 in extra soundproofing after complaints from neighbors. Owners claim the lowered sound levels have contributed to reduced attendance to the club.

“Hotels by nature want to be near the action,” said Conor Johnston, legislative aide to London Breed. “But we have to make sure that hotels and venues are both good neighbors. We’ve created structure to help these different uses or use types to co-exist before problems arise, as opposed to after the fact, when people are unhappy.”

Diego Sanchez, a legislative analyst for the city’s Planning Department who supported the amendment, claims these laws will help prevent problems by saying, “Early outreach to stakeholders can help improve development designs.”