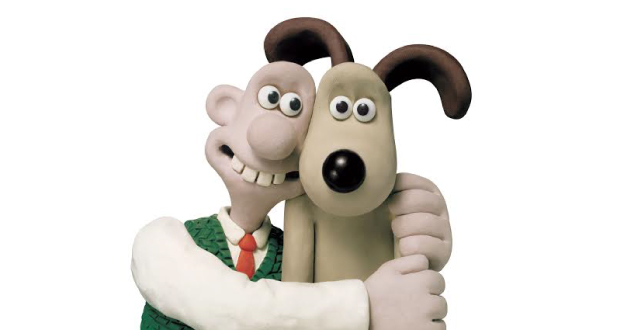 As part of the SF International Film Fest, the team behind animation studio Aardman Studios, best known for their charming and memorable stop-motion feats like Wallace & Gromit, Creature Comforts, and Shaun the Sheep, will be given the Golden Gate Persistence of Vision Award. Since 1997, this award has served as a way to honor the achievement of filmmakers whose main body of work falls outside the realm of narrative feature filmmaking.

Co-founder Peter Lord has flown in from Bristol, England for the Persistence of Vision Award: An Afternoon with Aardman Animations event at Castro Theatre, Sunday May 1st. For the occasion, he will be leading an in-depth conversation about the ever-evolving studio and has lined up a wonderful program of short films and clips from the studio’s past forty years.

In the 1970s, Peter Lord and David Sproxton co-founded Aardman Animations which is now one of the world’s leading model animation studios. They have created many memorable works and have received ten Oscar nominations and four wins along the way. Lord and Sproxton went to grade school together and started animation as a pet project–they were “just two hobby animators,” as Lord so humbly puts it.

While directing and producing their own work, the two have encouraged and nurtured the work of many other directors and bright-eyed animators. The studio currently consists of a team of about 250 people, all working within a wide range of animating techniques (claymation, 2D, 3D, CG, you name it…) for projects in film, a television series, TV commercials, other forms of advertising, and interactive entertainment.

Amongst all the action, and fresh off a long flight from the United Kingdom to San Francisco, Peter Lord was kind enough to chat with us about the old school days of animation, secrets to making brilliant stop-motion, Wallace and Gromit, Early Man (which is their latest film in the making) and dinosaurs!

While you’re in town what are you looking forward to most?
I’ve been to San Francisco a couple times before–it’s a quite lovely city. I’m most looking forward to seeing some old friends. I have quite a few friends at Pixar. In animation, it’s a very small world, some of the guys who work there used to work at Aardman, I will also be giving an in-house talk there as well.

Starting back in the Wallace and Gromit days, were those characters inspired by any person in particular?
There are parts of Nick’s father in Wallace. [Nick Park is the creator of Wallace and Gromit, and joined the team in 1985.] In the very first Wallace and Gromit film, they build a rocket, inside it there is a very ordinary domestic living room, with wallpaper and stuff like that. Nick’s father built a caravan to go on holiday [American translation: an RV or trailer for road trips.] He didn’t just buy one like a normal person would, he made it himself and it had wallpaper inside…it was a strange, quirky, homemade looking thing. So I think Wallace’s desire to make things and his inventive quality, was a bit like Nick’s dad–as well as his cheerful optimism.

Also Gromit just evolved really. Originally Gromit was going to be a cat.

Gromit a cat? I think the cat people out there would love to hear that…
I think Nick decided a dog would be easier to animate. These things are not normally earth-shattering revelations, they just came about very simply.

For novice animators into stop-motion, perhaps with a small studio set up in a garage, any advice to them?
We started very small obviously, of course, you have to start somewhere. The natural thing is to start small. [Sproxton] and I started in high school together, the first studio was in a spare room in his parent’s house. We made a film that was twenty seconds long, and another one that was thirty seconds long, and so on…

Advise-wise, I’m a great fan of having a partnership. This might sound weird to some people, because you can’t make a partnership happen, but I guess it gives you a lot of advantages, especially in practical ways–like you have a wider variety of skills this way. It worked out so well for us. I was more the artistic one and David had the film-making sense. We had very complimentary skills which was a very good place to be I think.

Animation seems to be very labor-intensive no matter what, but can you elaborate on some of the differences/similarities between animation then and now?
What was difficult back then, was it was very hard to see your work–you couldn’t see what was made as you went. Also not very many people were doing stop motion, and if they were, it wasn’t likely you’d be able to get it show anywhere. Now, with the internet, it’s fantastic–not only can you make your film, you can have it seen by a big audience. Back then, you’d make a thing and no one would ever see it. In that sense, it’s a much healthier world than it was in our day. You can get your work out there, which is such an important thing.

You need a good story but also good characters. They are a big part of the story. If the characters aren’t right, the story isn’t right, and vice versa. It’s a bit complicated–a multi-dimensional puzzle of sorts.

In a few short words, how would you describe Aardman Animations counterpart, David Sproxton?
He is technical certainly but also very creative. He’s very good at lighting, another very key part of stop motion. When you start out, it’s pretty easy–you just want to have enough light to see what’s going on. But as you get better at it, you get more experienced and the lighting becomes very important. Lighting is expressive–it is also storytelling. He’s also very good at editing as well, he knows how to put together a story visually, to know which shots go together well. He’s the rational part while I’m really quite crazy…

Is that why he sent you to California?
[Laughs.] He was invited as well! He is actually at another film festival in Germany at the moment.

When you were getting into animation were there any legendary animators you looked up to?
The first obvious person to mention is Ray Harryhausen, even though he was telling very different stories to us. It couldn’t be more different, we don’t really get into doing big creatures or monsters, stuff like that…but he’s just so cool. He’s just such a brilliant animator–and he worked on his own– he’s really one of the only examples kids our age could see at the time.

What about Terry Gilliam?
He was part of the picture as well. We’re talking about the very early 70’s I guess. So, Ray Harryhausen as one, Terry Gilliam as another. We knew what he was doing with Monty Python–we loved that. There was also that one film called Yellow Submarine, about the Beatles–there was nothing quite like that in England before or since. We were all kind of in awe of that.

I read somewhere that Aardman studios had done some work for Pee Wee’s Playhouse?
Yes, that’s true! In the end, we only did one character and that was Penny. The little toy girl. We went to New York, to Manhattan in the mid-eighties, when they were just making the first tiers of Pee Wee’s Playhouse. We didn’t know anything about it, we didn’t know anything about Pee Wee Herman. It was amazing. Completely amazing–this studio on Broadway, with crazy artists doing crazy stuff. Originally we were asked to do something different, then we had the idea of using voices of kids for the Penny character, candid recordings of kids just talking about random stuff. That was the basis of the stories. There was no script, it was all improvised. You can’t write this sort of random stuff, it was all just whatever kids spontaneously came up with.

What we offer, what’s important to us, and what we hope is important to the audience, is a kind of organic intimacy…what we do, it’s not about perfection. If someone was to comment on one of our films I’d like them to say it was warm, it was funny, it was intimate…and all of that. I guess I’m just trying to define handmade animation really. We do that.

I always make the comparison to plates, like the type you eat off of…you can make various comparisons but the point is, you could buy a plate from a store, it will serve its function, they can be mass-produced and it looks really great–it could even have a brilliant design and you can buy a thousand of them. They are functional and that’s good. OR you can buy a plate made by an artist, and every one is different, and not so perfect. What we do, it’s not about perfection. I don’t’ even think perfection is a very good word.

Animation only works if the audience appreciates it. If they don’t appreciate it, then we should go do something else. But as long as they do, we’ll keep doing it.

Any upcoming films in the works?
Yes! It’s title is Early Man, that gives you a strong clue–the characters are cavemen.

Will there be dinosaurs?
Yes, yeah…It’s not very historically accurate. We don’t care about that. I’m told, that we never really had cavemen and dinosaurs together.

Ha! I thought about that after I asked the question. I guess in my mind when I think caveman, I automatically think dinosaur.
Yeah, I think everyone thinks that. That’s quite fine, that’s kind of the child’s way.

And dinosaurs remind me of Ray Harryhausen. Looks like we’re full-circle back, maybe you do have something in common with him after all…
Exactly! It’s the closest we’ve ever been! Yeah.

JUN 25 HellaRnB Night (Beyoncé, Rihanna, TLC, Prince & More) at Neck of the Woods
The Best Events
Every Week in Your Inbox