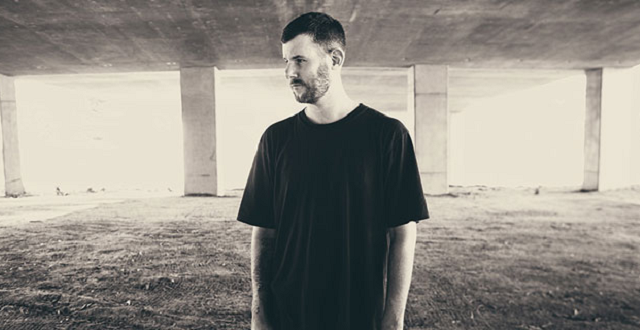 Super producer, Charles Duff, better known as Matrixxman, has been pushing the boundaries of techno and ambient music for the past decade. By staying committed to his own style, non-conformist views, and a unique approach to creating music, he has quickly become a notable Bay Area artist.

Matrixxman works closely with his good pal and local house producer, Vin Sol, who hosts frequent music parties in the Bay Area with his crew of friends, united under the brands, Honey Soundsystem and Club Lonely. Matrixxman and Vin Sol recently played at the Beatbox nightclub in SF over the Labor Day Weekend, and have plans to release a multitude of new music in the forthcoming months.

We spoke with Matrixxman about living in San Francisco, his thoughts on the ever-changing local music scene, his relationship to technology, and upcoming collaboration projects.

When did you first discover your love of analog and 1980s drum machines?

That’s a good question. The first ever analog synth I owned was in 2003. I purchased a Juno 106 in addition to a Novation Bass Station although I ended up liquidating and starting over numerous times throughout my life. Those were my first brushes with analog toys, as far as synths are concerned. The drum machine exploration didn’t come until a little later. Early 2010 and on is when I developed an affinity for the drum machine end of the spectrum.

How have you been able to stay true to your pure techno sound?

Honestly, it’s been a journey over the years in terms of honing my palette and refinement of tastes. Stateside, it can be intimidating if one wishes to pursue techno, initially, since house tends to dominate the underground parties here. I had distinct desires to head off in a darker direction but by and large, techno isn’t really “a thing” in America. While I’ve been very adamant about it the last several years, there had been lots of experimentation along the way. I haven’t actually have been making techno as long as many of my peers have (although the intent has been there). I suppose my path was sort of a process of elimination as I was trying my hand at the myriad of sub-genres under the umbrella of dance music. In the end, techno was the path that resonated the most.

What to you appreciate most about your friendship with Vin Sol?

What I appreciate most about him is that he’s truly an artist; a similar creative mind at his core. The medium is irrelevant. Needless to say, we are both fiercely creative spirits hence we share a common bond there. Furthermore, we share similar ethics and world views in that we are both unabashed non-conformists.

The material aspects of life mean little to anything. Presently, San Francisco is dominated by a culture of yuppies and those who subscribe to the false promises of capitalism whereas neither of us could frankly give a damn about such things. Money is merely an intellectual construct that ultimately serves little purpose in the grand scheme of human evolution. As a species, one can only hope that we will outgrow this antiquated mode of thought once we get our shit together at some point in the future. There is a paradigm shift that is actually occurring as we speak, much to the chagrin of many a large corporation.

For further reading, there is an excellent article that recently came out in The Guardian dealing with post-capitalism that I highly recommend. It goes without saying that one must engage in this bizarre charade of modern day life to some degree, lest they find themselves living the life of an ascetic in the mountains but that being said, both Vin and I see it for what it is: a grand lie. At any rate, I think music simply happened to be something that we connected with in terms of collaborative efforts. We could have just as easily shared a similar trajectory with fine arts or any discipline, honestly. The fact that he is a fellow free spirit and does not give a fuck about societal constraints or peer pressure or expectations of those around him is crucial. That’s why he is my best friend in the whole wide world.

Do you have any upcoming collaborations with Vin or others in the pipeline?

I definitely do. I’m stoked for Vin as he is about to unleash a barrage of really cool shit on both Clone Jack for Daze and Soo Wavey. I’m in the midst of setting up a techno-centric operation which I’ll discuss more in the immediate future. Soo Wavey has typically been more house oriented which has served its purpose. Incidentally, Vin has also been making his foray into the realms of techno. There will be no dearth of collaborative efforts for the foreseeable future.

How did you eventually settle down in SF and why have you stayed for so long?

Pure happenstance. It offered a way to extricate myself from the nine to five blues that I was dealing with in New York. Out here, I found I was able to achieve a balance and feed myself with the least amount of effort towards work possible for the purposes of focusing solely on composing music in my spare time. It was a springboard in that regard. Although I must admit, its allure has been dwindling over the last several years as things became prohibitively expensive. It doesn’t take a genius to deduce that it’s not the most hospitable place for those with artistic endeavors. Actually, not hospitable would be an understatement. A more accurate description would be incredibly hostile, obviously due to gentrification and what have you.

Is there still stuff you like about the SF music scene?

Certainly. There are a number of really talented DJs, crews, and sound systems out here. Namely Honey Soundsystem, Sunset Soundsystem, Jeremy Bispo’s As You Like It. Then you also have Primo Pitino, Vin Sol, and Jeremy Castillo’s operation Club Lonely. Also Surface Tension. All of the aforementioned parties / crews are contributing to really cool, worthwhile things within the scene. Stuff like that definitely helps makes the place a little more exciting. Obviously my woes of the city stem from more socio-economic issues. There’s a class war if you will, in terms of the logistics of living here and what not. In regard to the party scene itself, there’s mostly certainly a vibrant scene thriving.

How does the SF scene compare to Berlin?

It totally pales in comparison. But that isn’t necessarily San Francisco’s fault. It just so happens that Europeans understand, or rather, they have an innate understanding of techno thus techno can be delivered on a much broader platform out in Europe. Whereas in the States it is relegated to smaller, more niche parties. Parties occupying areas on the fringe as far as musical culture is concerned. It’s night and day but that’s to be expected right?

What future technology are you most looking forward to incorporating into your sound?

Hmm. I am evidently a man of much hypocrisy becomes when it comes to matters of music and technology and the like, I could frankly give a flying fuck about all the new stuff coming out. I’m definitely drawn to machines from totally different eras. Not to rule out possibilities of working with new, cutting-edge technology, but mostly the stuff I want to work with is all equipment that came out like 20 or 30 years ago. I’m struggling to think of something new that is particularly exciting to me. It sounds very Luddite of me but it is what it is. Wait a second, I take that back. Just the other day Moog ever-so-generously blessed me with a new analog paraphonic synth called the Sub-37 and it sounds freaking amazing. Also, Dave Smith’s new Prophet 6 line looks insane. I reckon I could do some damage with one of those in the studio.

What’s next on your horizon?

Be on the lookout for subsequent Matrixxman and Vin Sol records. Also, be on the lookout for my good friend who goes by the name of EN also known as Paavo Steinkamp (previously the other half of 5kinAndBone5). He is cranking away in the studio as we speak making some really awesome stuff. This fall I’m aiming to do another EP for Dekmantel in addition to self-releasing an EP or two. I find that composing and releasing music is the only thing that truly keeps the crippling existential anxiety at bay. Even if only for an ephemeral moment or two.