Ahead of their show at Bottom of the Hill on June 14, Montreal-based shoegaze band No Joy releases its third studio album, More Faithful on June 9.

Consisting primarily of Laura Lloyd and Jasamine White-Gluz, the Canadian rock band No Joy formed in 2009 with two two pen-pals exchanging musical ideas. Their is style laced with classic shoegazing elements like distorted guitars with droning riffs, which gives the wall of sound they produce mostly amorphous qualities. The band’s subdued vocals and darker tones contribute to strong alternative melodies churning underneath whirling and hypnotic guitar layers. No Joy’s most focused record yet, More Faithful was created unexpectedly in a rural, Costa Rican farm house during intense recording sessions. It drifts between grunge rock and dreamy electro.

We spoke with co-founder and guitarist Laura Lloyd about recording new music in a tropical environment abroad, memories from their recent European tour, and why San Francisco is one of her top three favorite cities.

When did you first meet Jasamine and begin writing songs as long-distance collaborators over email?

I actually met Jasamine a really long time ago. She wasn’t living abroad or anything. We both lived in Montreal. I was 15, maybe 16 and we met through a mutual friend. We started playing music together. The Montreal scene is really inclusive and small, so it happened naturally. We’ve always connected on that level. I remember we played in a lot of bands before. She used to be my legal guardian. My parents had to sign off on letting [Jasamine] take care of me when I was in the U.S.

It wasn’t an abroad thing. [Jasamine] was in LA when we came up with the idea for the band. She was staying there for a bit. We started writing songs back and forth. She came back to Montreal. That just happens to be the way we write songs together anyways.

Who are your biggest guitar heroes?

When I learned to play, honestly, I didn’t look up to anyone in particular. I kind of looked up to bands I like. I was really into punk rock at the time…12 or 13. I just wanted to be those bands that I saw. So I was never one particular person. I don’t want to say Rancid is my favorite guitar idol because I used to listen to Rancid all the time.

Even now, I don’t put that much emphasis on style and the way I play because it has never been really a concern. It’s been more about what I’m capable of doing and what I like doing. It has never been influenced by anyone else. There are definitely bands that I love that I think have an interesting guitarist.

I think that is all really reflective in our music to begin with. I hear My Bloody Valentine, like Kevin Shields, and I’m like, that’s a really cool wave guitar sound. I wonder if I can do something similar, you know? It’s never one particular thing. But my first focus was always: can I play guitar. And if I can, can I get better at playing guitar? Even if it’s learning something mundane or a Jimi Hendrix riff just to see if I can [do it].

How did your producer Jorge Elbrecht convince you to record ‘More Faithful’ in an old farm house in Costa Rica?

He convinced us, because he said I’m leaving New York. I’m cutting your session in half unless you want to come to Costa Rica. He had lived in New York for 18 or 20 years and I think he was really sick of it. We had blocked out time with him for about a month. He decided two weeks was enough to get all the tracking done and then he said, I got to get out of the city. I got to go to Costa Rica…He said you can come to Costa Rica. My family owns this farm house and you can stay there. That’s how that came about.

Did you incorporate any jungle sounds or rainfall into your recording?

We had this housekeeper that lived on the grounds, Rosa. If you hear the record, you can hear her in the background singing in Spanish and having a crazy laugh on one of the songs. I wouldn’t say it directly influenced the sound. I wouldn’t say we swapped out drums for bongos, but I think being there opened things up a bit production-wise and atmosphere-wise. It’s hard to say how that translates actually. It was more a mood that we were in that translated. It’s hard to explain that.

The space we were in was an 1800’s farmhouse that hasn’t been updated. There was no insulation and barely any electricity. At night, you would hear crazy sounds. And it was the middle of their winter, so it was raining torrential downpour everyday from noon until the next day.

We were stuck in this house and working 14-,16-hour days because there was nothing else to do. It was really crazy and we got really intense about the work. It reflects how we really could nit pick at that. In New York, we’d show up to the studio and probably leave to go have plans with friends. There was no escape from the music in Costa Rica…at all. That was the only thing we could do.

What has been your favorite show you’ve played so far this year?

Personally, this doesn’t reflect with the show at all, but playing in Eastern Europe was crazy and really cool! The shows were cool, but weird. The fans are really aggressive and aren’t afraid to tell you how you sounded or how they perceived it. It was a really weird culture show.

We like to play short sets. If you play anything less than 45-50 minutes, they’ll be angry, come up to you and say ‘Hey, that was shit.’ If you don’t play longer, they will heckle you, or follow you at the club.

Or just walking around, people would have to warn you. They’d say ‘Hey, if any of you are gay, don’t talk about it.’ You’re playing these shows, and the promoters who are booking you are still in line with what you’re doing. On one hand it seems like these are my kind of people, but as soon as you leave that, they say “By the way, don’t say you’re gay. Racism is still big here. If you’re a woman, don’t walk alone.” All that crazy shit.

But those cities are amazing! Budapest was incredible. Croatia we went to play as well. Those are places you never think you’d to play. And then people come out to see you. That was the most interesting thing we’ve done.

What advice would you give to people visiting your hometown city of Montreal?

There’s a lot to see and do, but I think the best way to explore it is to come in the summer and walk around. There’s a lot of street festivals and food. People walking out and about. As soon as its nice out, its crazy in the streets.

I love Montreal. Definitely after growing up in a small town on the West Coast, its nice to be in a place that’s so lively, and cheap, and cultural. There’s a lot of French people though. If you don’t speak French, make sure to tell people you’re a tourist.

I grew up in Victoria on Baker’s Island. People say Montreal is often equivalent to San Francisco culturally, and the way it looks, but a lot cheaper [laughs]. First and foremost it’s an art town. It thrives on that.

Have you ever visited San Francisco?

Many, many times. Usually it’s while were on tour and there’s not much time. Last time, I went to Uniqlo and bought jeans. We’re really good friends with the guys in the Weekend, who are a Bay Area band. I spent a couple days out in Oakland and we walked around a lot.

I like hanging out in the street fares, going to the parks. Like what you do in most cities, except for New York. There’s never a go to spot because I hang out with friends. But that’s my perfect weather. I love San Francisco weather!

We just played there a couple weeks ago. It was really fun! I’ve wanted to play for a long time. We played for Noise Pop. San Francisco is actually one of my favorite places to play. We always have a really good turn out and it feels like home to us.

Beyond band members and instruments, what elements have you incorporated for your new live show on this tour?

We still don’t. We’re pretty concerned about pulling stuff live without adding too many elements. We definitely have samplers going, like backing vocals since Jasamine is our only singer. I wish I could help her, but I cant sing at all. We have loops of backing vocals and atmospheric sounds, different synth sounds. Anything we find essential to a song that we can do live that’s not too precise, we’ll throw in the sampler. Otherwise not too different. 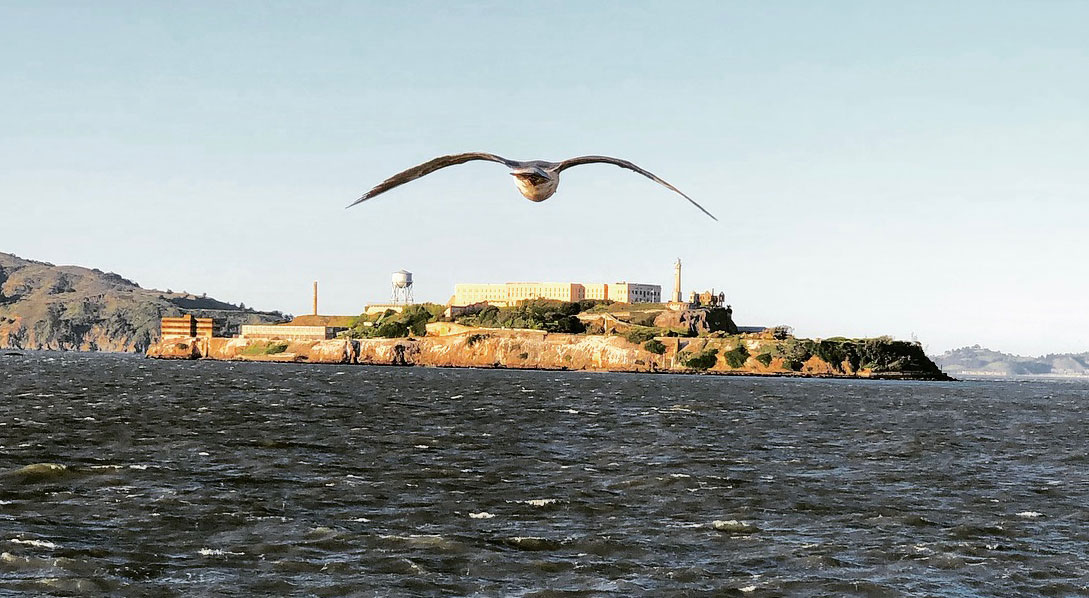