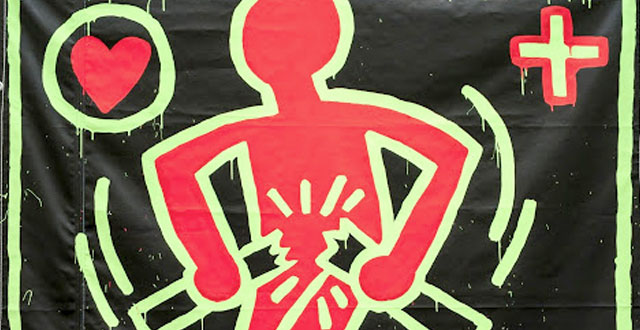 The de Young Museum in Golden Gate Park will be open late for five Fridays during the final days of its exhibition, Keith Haring: The Political Line.

Dates of the extended night hours are January 16, 23, 30 and February 6 and 13 from 5:30pm to 9pm, with the last ticket sold at 8:15pm each day. Evening amenities include music and a cash bar with tickets costing $15 online and $16 on site. Youth discounts are available and museum members are free.

This is the first major Keith Haring show on the West Coast in nearly two decades, featuring more than 130 works of art from large-scale paintings on tarpaulins and canvases, to sculptures and subway drawings.