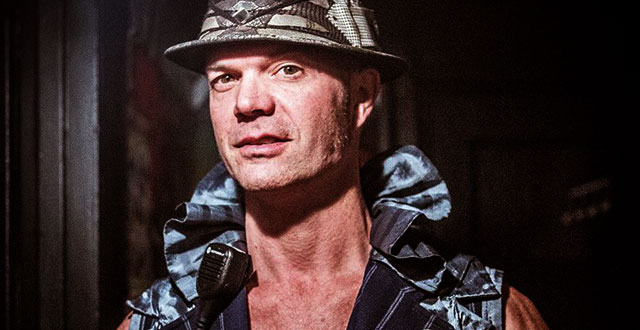 The Vau de Vire Society is back in action starting this week with the Soiled Dove, a Barbary Coast themed dinner in the Mission District.

The event held Dec.4 to Dec. 13 includes a five-course dinner as the Vau de Vire Society takes diners back in time to San Francisco’s rough and rugged past at the Barbary Coast’s red light district. Attendees are encouraged to play a part with period dress as the night unfolds with famous faces from the city’s past and other surprises.

We spoke with Vau de Vire co-founder Mike Gaines about the event.

What was your inspiration for creating a Barbary Coast themed dinner?

MG: Moving to San Francisco and understanding its history, I began to dabble in the book called, “The Barbary Coast” about five or six years ago. Reading through I understood that some stories are embellished. Even just to realize how dramatically San Francisco changed in a matter of three years. It went from a population of 300 to 20,000 with no law in sight. Three years later it shot up to 60,000 people.

Initially it opened my eyes to the reality of the history of San Francisco. As the city was getting built, profound things were happening here. With a count of 20,000 people there was at least one murder happening every night. This is not fiction. This is real. It is unthinkable really.

We are always looking for themes and we thought it would be great to make reference to the past in the city that the guests live in. To make an evening of entertainment that some may refer to as a horrific existence and base it as an evening on something that actually happened in history.

What can guests expect with the show?

The arch of the entire evening is not sitting people down in a conventional theater setting. It is very active from the time they walk in the door until the time they are done. The audience will be immersed in this so they will be moving to different rooms. They will be fed from different people and performers. We will also showcase variety acts with live accompanying acts playing all throughout the evening, such as Jazz Mafia/Realistic Orchestra and Squid Inc.

Well, not to give any of the content that we bring to the show away. I can say that we will see cameos from some characters that would be known by a majority of the audience even if they do not live in San Francisco. Emperor Norton is a common name that even Wikipedia can pull up. I love that story. It is a heartfelt story of a community that embraced someone that they revered and respected and he lost his money and went away. He later on made himself Emperor of the United States. In the midst of the debauchery and murder it is great to have a story like that come out.

We grabbed on to that one because it is a human-interest story that feeds well for the arch of the entire event. Shanghai Kelley will also be there. These are two cliché figures known in the Barbary Coast era.

What should guests wear to the dinner?

MG: As we started with Edwardian Ball many, many years ago it was suggested attire where guests wore either Edwardian attire or Edward Gorey themed attire. It naturally took on over the years.

We love to get the audience immersed and involved in everything we do so we are suggesting that they come in period attire. That can be all over the place, meaning different things with over 20,000 people migrating to an area over a period of one year you can just imagine what kind of melting pot that was.

It could mean a lot of different things to a lot of people. We are suggesting that they come in period attire, not meaning that it was the Wild West attire-it can be just from anywhere. We have direct and personal communication with the people who are purchasing tickets and we have referenced different websites and photos of a variety of costumes.

This is a new production for you. What were some of the challenges creating the event?

Referencing history in San Francisco and how we are able to interpret this in a digestible way for the audience is a challenge in itself. More than anything, I think that is what we get off on—challenging content.

We just went through a challenge with a month-long run at the Armory with a Halloween haunted house and that deviates from what we usually do. The 45 artists involved—45 performers and 15 crew—all of them are in the same boat. These challenges are hard and difficult, but when we look back on the experience that we had and the challenges we had to overcome that in itself is a success.

We now have a venue called Cellspace that we will not have next year was sold. We were proprietors of the building for five years. It looks like July will be our last month at the venue. We had a trajectory of a legitimate entertainment nightclub venue to build out that space, and before leaving we need to give a small taste of what we were going to do in that venue. We personally need to spit out this performance before we are gone from this space.

What’s next for the group after the Soiled Dove?

Next, after this is New Years. We have a large New Year’s event that we throw at the Armory with Opel Productions and Kink, which is a new flourishing relationship. We gear ourselves toward adults performing for adults and stopped awhile ago with the concept of being able to do children parties or bar mitzvahs. The relationship with Kink is that they are obviously in the same field and they have an amazing facility.

We will be doing more over at the Armory, even putting out concerts where Vau de Vire is supplemental to the DJ or artist. A crazy two weeks later after New Years Eve is the Edwardian Ball in San Francisco (Jan. 16-17), then we head to Los Angeles Feb 7th for the second Edwardian Ball.

We will also be a part of a few huge music festivals in the future. You can count on diverse productions.