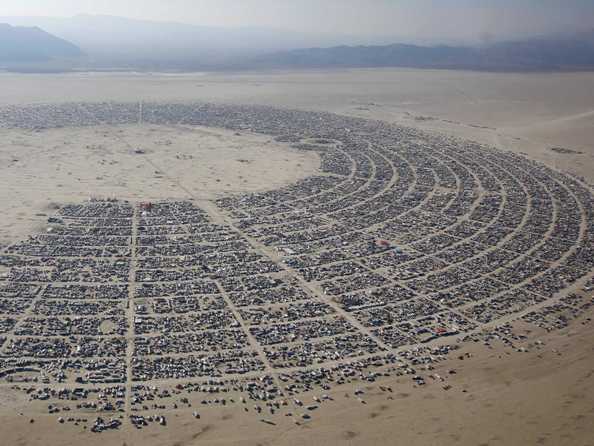 Black Rock City LLC, the San Francisco-based company behind Burning Man has agreed to pay $600,000 a year over the next 10 years to the sheriff’s office in Pershing County, Nevada for security and other services in the desert.

The new agreement settles a lawsuit filed by Black Rock City in August 2012 against the county that challenged the constitutionality of a new ordinance. Lawyers accused Pershing County of violating First Amendment rights by imposing $1.50-per-head fee for festival-goers.

Terms of the new deal require payments to law enforcement based on a sliding scale depending on the peak attendance at the eight-day festival that ends Labor Day weekend about 100 miles north of Reno. Black Rock City also agreed to take out a $1 million event insurance policy and provide reimbursement for sheriff and district attorney costs related to prosecuting crimes at the festival.

Photos: Decompression Brings a Touch of Burning Man to SF

The global gathering at Burning Man is the largest permitted event on federal land in the United States. In 1993, the festival saw its first 1,000-plus crowd and climbed too 23,000 by 1999. Attendance was capped at 50,000 under a five-year permit that expired in 2010, while the current permit allows a maximum crowd of 70,000.