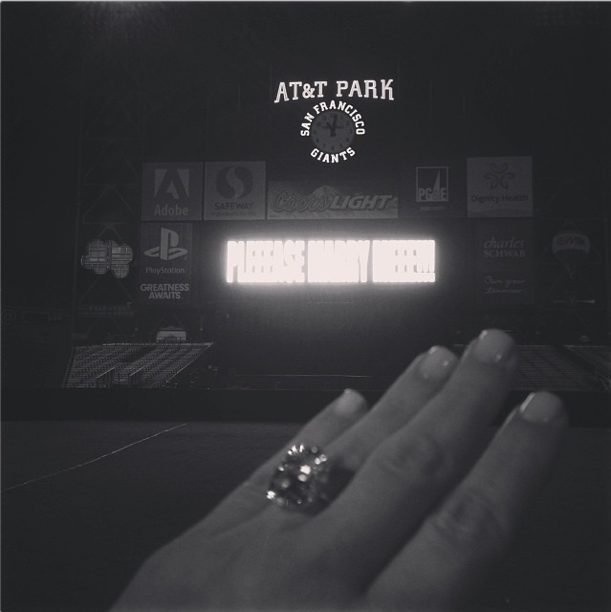 Kanye West and Kim Kardashian are officially engaged and the rapper picked AT&T Park in San Francisco to pop the question, according to online reports.

West rented AT&T park Monday night with an orchestra before “PLEEEASE MARRY ME!!!” appeared on the Jumbotron. The engagement follows the couple’s first child, North West, born in June.

Kanye is in the Bay Area with a show tonight in San Jose at SAP Center followed by another show at Oracle Arena tomorrow, so we she should hear a little more about the engagement. Kardashian posted this photo with her massive engagement ring from Kanye last night at AT&T Park: