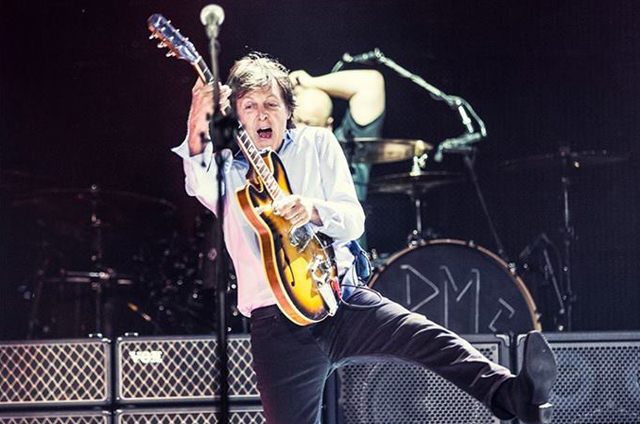 Just moments before taking the stage at Outside Lands in Golden Gate Park this year, Paul McCartney proposed a fanciful idea to San Francisco Mayor Ed Lee: schedule one final concert at Candlestick Park before it gets demolished next year.

According to SFGate.com, they ideas was introduced during a brief conversation between McCartney and Lee before his headlining set Friday night when the former Beatle said, “Well, if you are going to tear down the stadium next year, we should think about us doing the last concert there.”

The Beatles’ last show ever was at the stadium Aug. 29, 1966, and momentum is already heading in the right direction with a city plan to gather photos and film footage to honor the concert.

Obviously, a lot will need to be worked out before the plan can come to fruition but it seems like a fitting end for Candlestick before it’s turned into a pile of rubble and dust after the 49ers 2013-14 season.

McCartney has experience with these type of extravagant proposals. He did this once before at New York’s Shea Stadium just before the venue was dismantled in 2009 and he performed with Billy Joel at the first concert at the New York Mets replacement stadium, Citi Field.