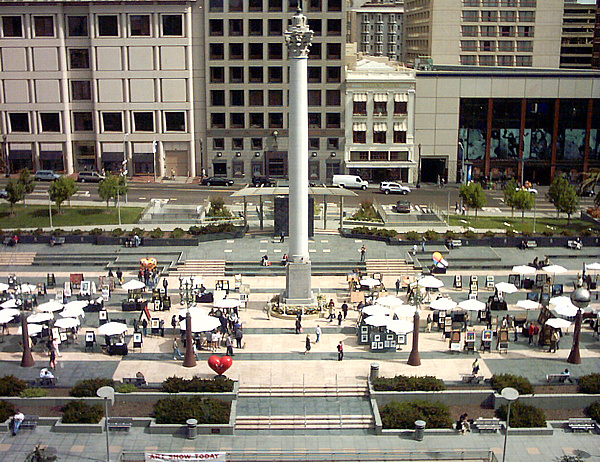 Union Square, one of San Francisco's commerce and cultural centers, also refers to an actual park that became a primary focus for renovation and restoration this past year. The square itself underwent a much needed $25 million facelift, transforming one of San Francisco's oldest patches of greenery into a wide open space for tourists and locals alike. What was done with the space has garnered some mixed, but mostly positive reactions. - https://www.sfgate.com