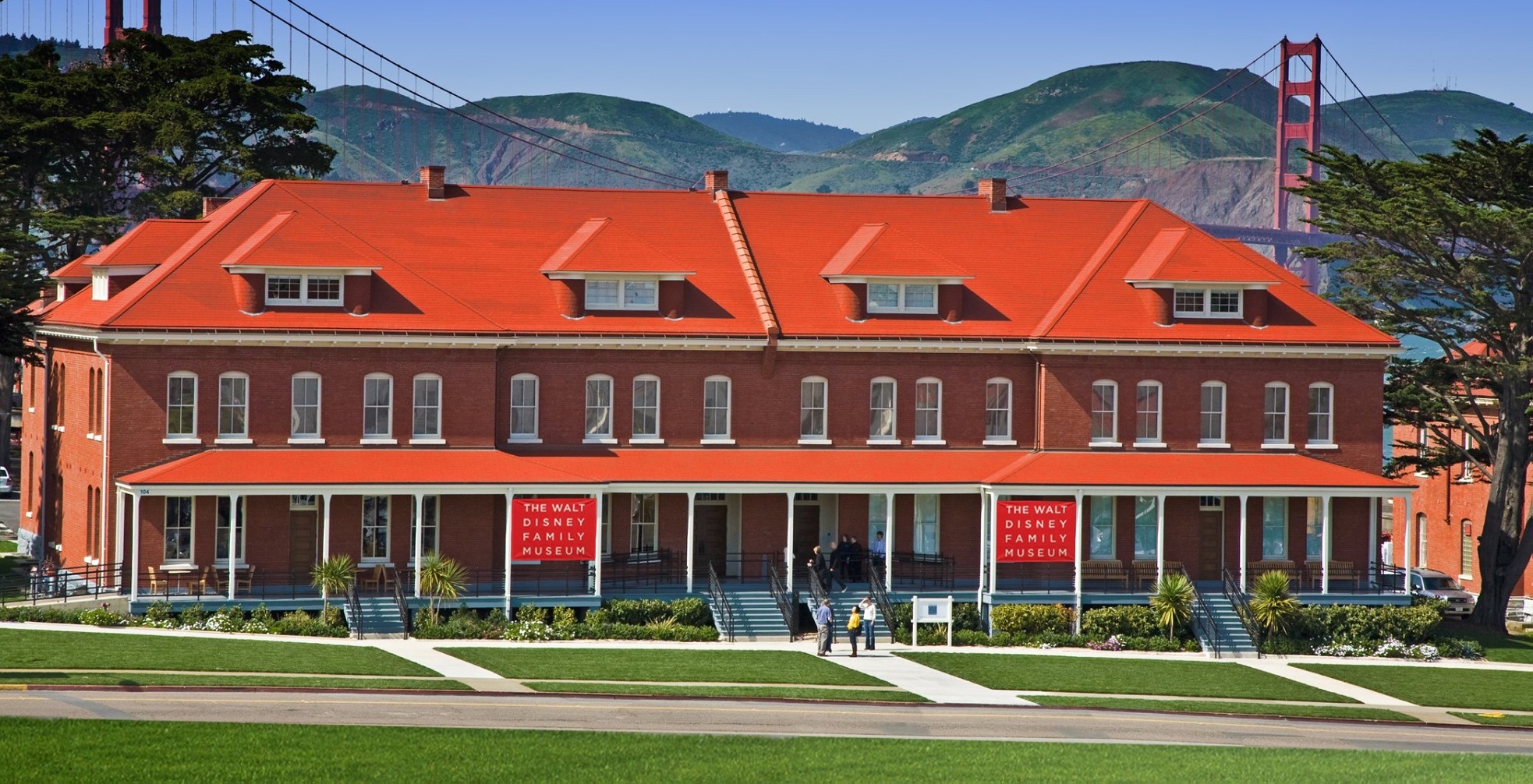 The fascinating and inspiring story of Walt Disney, whose artistry, imagination and vision helped define 20th-century America, has been brought to life at The Walt Disney Family Museum in the Presidio of San Francisco. The Museum illuminates Walt Disney's tremendous successes, disappointments, and unyielding optimism as he worked tirelessly to enhance the art of animation. The creator of Mickey Mouse, Snow White and the Seven Dwarfs and Disneyland, he was a risk-taker who influenced popular culture through animated and live-action films, television programs, theme parks and new technologies. Founded by Walt's daughter, Diane Disney Miller, the Museum is owned and operated by the Walt Disney Family Foundation, a non-profit foundation.

Located in a historic brick building on the main post of San Francisco's Presidio, the 40,000 square foot Museum was imaginatively reconceived to house ten interactive galleries, featuring a glass-walled back exterior that frames a spectacular view of the Golden Gate Bridge. The Museum tells the story of the man behind the myth in Disney's own voice and in contemporary exhibits that feature state-of-the-art technologies, listening stations, more than 200 video screens and a 14 foot model of Disneyland. Visitors can also enjoy the Museum store, and the 114 seat, Fantasia-themed theater, which shows Disney classics daily.
read more show less