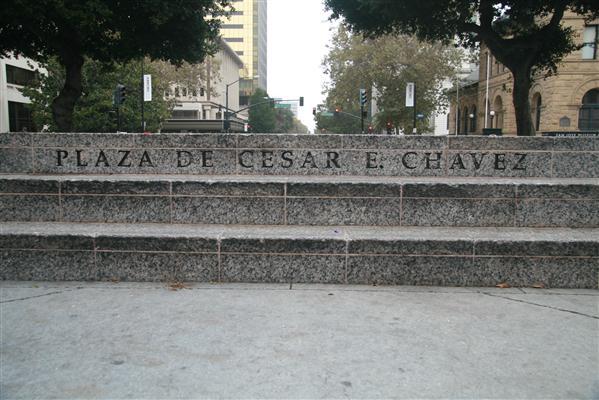 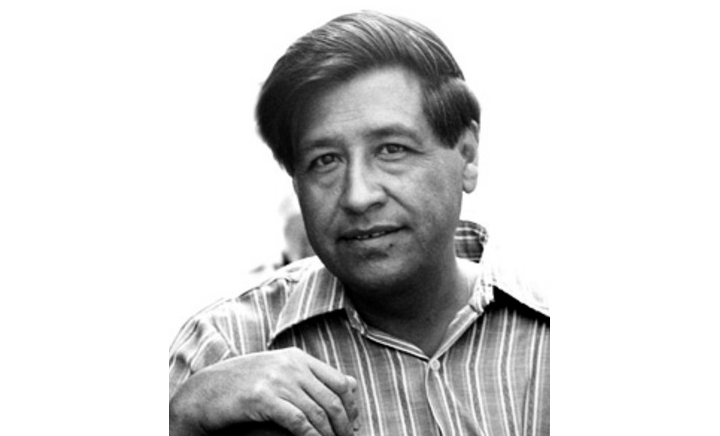 Plaza de César Chávez is a small, 2.2 acre park in Downtown San Jose, named after César Chávez (originally "The Plaza", then "Pueblo Plaza") in 1993. It is surrounded by South Market Street, across which is The Tech Museum of Innovation, the San Jose Museum of Art, the Circle of Palms Plaza, the Fairmont Hotel and the Marriott San Jose Hotel. At the south end is a statue of the "Plumed Serpent" Quetzalcoatl.

At different times of the year it hosts live music, cultural festivals, arts and crafts fairs, food shows, the official city Christmas tree, water fountains, and open-air theater. There are free concerts in the park every Thursday during summer, the San Jose Jazz Festival has its main stage in the park, and every winter from Thanksgiving until New Year's it hosts "Christmas in the Park". - https://en.wikipedia.org/wiki/Plaza_de_César_Chávez
read more show less