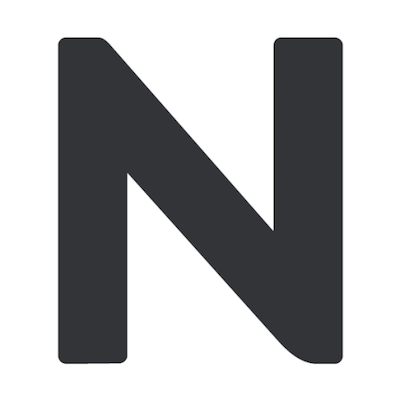 The "North of the Panhandle" neighborhood, along with the adjacent stretch of Divisadero between Golden Gate and Fell, has always had a bit of an identity crisis. For a long time, the area was lumped into the sprawling Western Addition, while some even considered it an adjunct of Hayes Valley. A few local wags had dubbed it DMV Heights, as a nod to a time when the most significant landmark was the Department of Motor Vehicles.

Sure, there were definitely signs of life over the years, most notably The Independent (f.k.a. Justice League), Club Waziema, Café Abir and Fly Bar, as well as the grungier Fulton Street Bar, Storyville/1751 Social Club, and the old world delights of Falletti's Market (R.I.P. to all three). However, the neighborhood kept its local flavor. Things started to change a bit with the arrival of Little Star Pizza, Tsunami Sushi, Blue Jay Cafe, Madrone Lounge, and Bar 821, and the area has started to become a destination of sorts.

But it has taken the recent opening of NOPA, literally an acronym for North of the Panhandle, to really give the area its first true sense of fine dining buzz. Since opening in April 2006, the restaurant has been slammed every night, often with people waiting outside. This could partly be due to the restaurant's current no reservation policy, but after some recent visits it's quite possible that the hordes descending on the establishment -- from all over the Bay Area -- sense that a new restaurant destination is seriously in the works.

Upon entering, there's an immediate sense of liveliness, not just from the bustling tables but the very active bar scene as well. The space used to be a Bank of Italy years ago and more recently housed a laundromat, but the interior -- from the stylized bar to the faded windows to the vibrant art -- all reflect a determinedly upbeat style.

Since NOPA doesn't take reservations, it's best to plan on enjoying a drink or two -- poured by one of the restaurant's friendly and knowledgeable bartenders -- and before you know it the hostess will be leading you to your table. The bar is well appointed with a wide range of wines, some local but also nice variety from France and Italy (bottles start at $28).

For cocktails, the 20th Century Cocktail ($6) or NOPA's potent version of a Dark and Stormy ($7) are good ways to go. The beer selection has been also well thought out, with such favorites as Speakeasy Prohibition and Moonlight Czech Pilsner ($4.25) on draft, as well as a 22 oz. Lagunitas IPA ($5.75) and 25 oz. Foret Saison Ale ($14.75) by the bottle, the latter almost a meal in itself.

When you do get around to being seated, expect a casually elegant atmosphere, a little cramped at times, but perhaps all the better for close conversation. The booths are a nice option, and then there is the upstairs area, which is a people-watcher's paradise -- all the commotion and excitement are there for you to look down upon!

In terms of food, NOPA falls into the tradition of New American cuisine, and you can expect fresh takes on the familiar. For starters, the Flatbread of Red Onions ($8) and Little Fried Fish ($8) are must-haves, while the Baby Mixed Lettuce ($6) is a nice leafy option. Another favorite is the plate of fatty (in a good way) Pomegranate Lamb Riblets ($8), nicely spiced with coriander and mint.

Although entree choices are typically limited to 7-9 selections, the dishes each have their own character and are easy to share, or better yet, give reason for another visit. For vegetarians, the Spring Tagine ($16) with almonds and lemon yogurt is delicious, while seafood lovers will be attracted to either the Pan Seared Sturgeon ($18) or Mediterranean Fish Stew ($18).

For carnivores, it's hard to top the Spit Roasted Leg of Lamb ($19), served with spinach ($19). The Grilled Pork Chop ($18) is a juicy alternative, while NOPA's House Ground Burger ($12) nears ground chop heaven, with equal perfection found in the side of fries with which it's served. Whatever you get, side orders of the Mashed Potatoes ($5) and Grilled Asparagus ($5) are terrific complements. If you had to have one dessert to close off your experience, go for the warm Doughnut Holes and Orange Honey ($6).

How will NOPA, both the restaurant and the neighborhood, look and feel in another year? Only time, indeed, will tell. But aside from a few hiccups in service (being victims of their own recent popularity, the staff just needs to iron out some lags in service), NOPA seems poised to lead something of a new neighborhood renaissance.