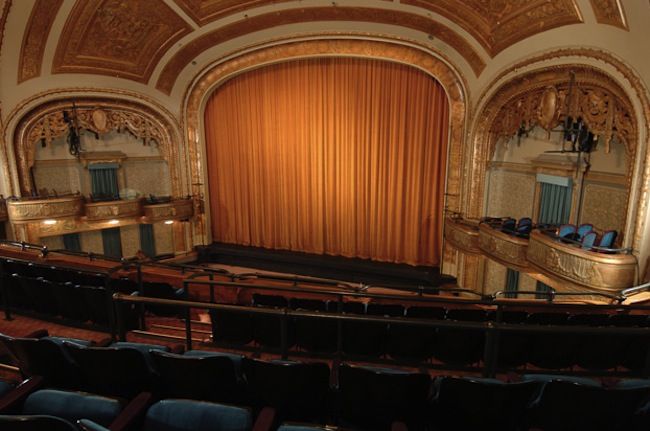 The Golden Gate Theatre celebrates 100 Years. Built in the 1922, this former vaudeville house and movie theater was restored and reopened nearly 60 years later as a leading-edge performing arts venue. The Golden Gate Theatre is located at the corner of Taylor Street and Golden Gate Avenue and is a part of the Market Street Theatre and Loft District, which is listed on the National Register of Historic Places--the United States federal government's official list of historic places deemed worthy of preservation. This magnificent 2,200-seat theatre has been on the National Register of Historic Places since April 1986.

An architectural standout when it opened in downtown San Francisco in 1922, the theater--which started undergoing refurbishments in August 2017--has now been reimagined for today's audiences, yet with all the architectural splendor and authenticity of the original structure lovingly preserved. The Golden Gate Theatre officially reopened on Tuesday, September 11, 2018.
read more show less

To Kill a Mockingbird

Ain't Too Proud - The Life and Times of the Temptations