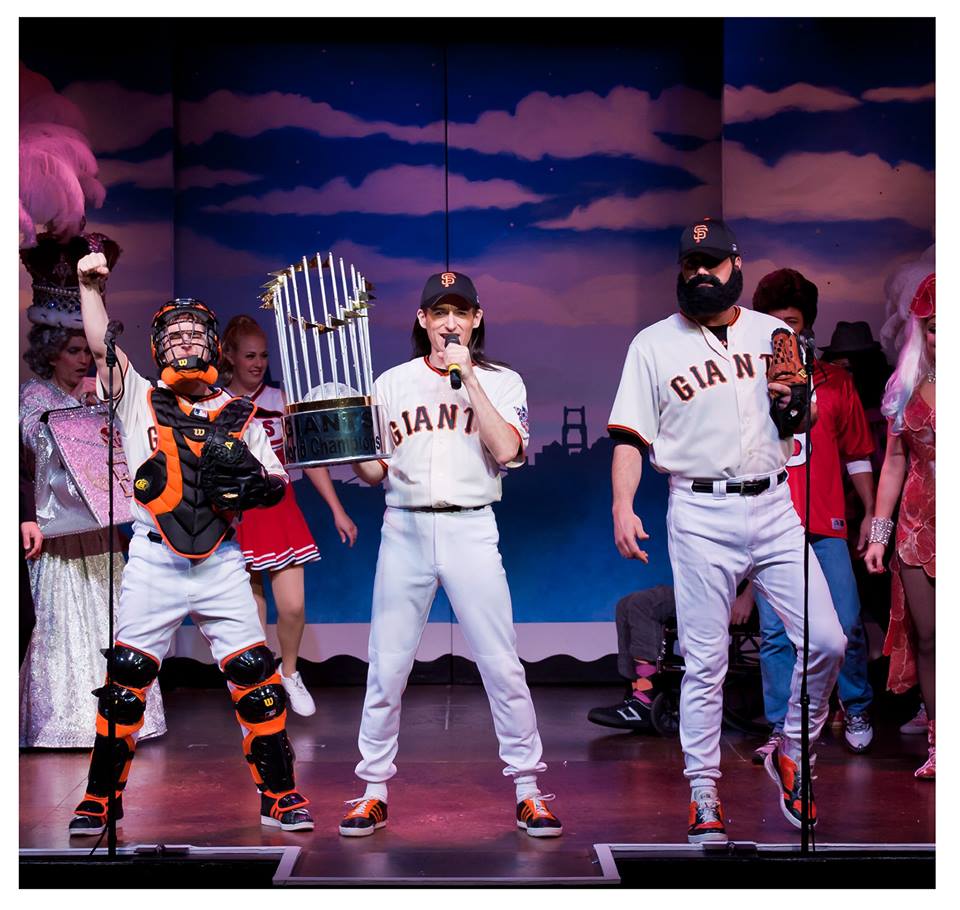 Located in the heart of San Francisco's North Beach district, Club Fugazi--built in 1913--has a long and storied arts history. Under the ownership and management of the Italian Community Services, the venue served as the location for jazz pianist Thelonious Monk to record his acclaimed solo album, "Thelonious Alone in San Francisco" (1959). Throughout the 1950s and early 1960s, the venue held readings for Beat poets, including the legendary Lawrence Ferlinghetti, Jack Kerouac, and Alan Ginsberg. In 1967, the Grateful Dead held a release party at Club Fugazi for their first album. The venue became home to Steve Silver's Beach Blanket Babylon, the world's longest- running musical revue, in 1975 where it remained for 45 years. The production played for more than 17,200 performances and to over 6.5 million guests, taking its final bow in 2019. Club Fugazi Experiences will further build on the venue's artistic legacy.

Since its inception in 2002, the Montreal-based The 7 Fingers has become one of the world's leading contemporary circus troupes and has been seen by over seven million people in 672 cities in 54 different countries. Known for redefining circus by stripping down the spectacle to its thrilling essence, the collective has expanded from its own signature touring shows to creating theatrical experiences as varied as the very artistic directors themselves--original productions varying from intimate one-person shows to large-scale arena performances, Broadway musicals, and artistic collaborations with renowned international artists and companies. The 7 Fingers have developed performances for a wide range of high-profile projects, including The Royal Variety Performance for the Queen of England, ceremonies for the Sochi, Vancouver, and Turin Olympics, the National Circus School end-of-year show, and much more.

Club Fugazi is currently undergoing a major transformation to make room for the immersive production. Further enhancing the patron's experience, a curated menu of bites and beverages featuring some of the City's most well-known purveyors will be available for purchase during each performance.

"San Francisco represents the core of my creative inspiration," said Snider. "I have never ceased wanting to create for and with the city that raised me on the importance of the individuals' voice within a community. We are honored to have Club Fugazi be part of the re-entry of culture and gathering in San Francisco."

"I can't describe what it means to me to finally bring the work and form I love back to the home I love," adds Carroll. "The San Francisco Bay Area is in my DNA. It is not only where I was raised, but also where I got my start as a performer and creator. Its influence and character have been inseparable from my work through my years and travels. To have the chance to finally create something uniquely for and about this city is such an incredible gift. It's what I've been dreaming about all these years working abroad!"

"San Francisco serves as a wellspring for creativity and storytelling which inspires the world," said San Francisco Travel President and CEO Joe D'Alessandro. "Our visitors return again and again to discover the incredible arts scene they couldn't fit into their most recent trip. The 7 Fingers production will be a welcome event to delight audiences and continue San Francisco's standing as a top arts and culture destination. We look forward to their production becoming part of the rich tapestry that is our performing arts fabric."

The History of Beach Blanket Babylon

On June 7, 1974, Steve Silver produced a small show in the back room of the Savoy Tivoli Restaurant in San Francisco. The show was to run for six weeks. It ended up running until the end of 2019 - Beach Blanket Babylon has the distinguished title of "World's Longest Running Musical Revue."

The show was a musical spoof known internationally for its extravagant costumes, outrageous hats, show-stopping numbers and hilarious puns of pop culture and political character – has been seen by over 5.5 million people, including HRC Queen Elizabeth II, Prince Charles and Camilla the Duchess of Cornwall as well as some of Hollywood's biggest stars.