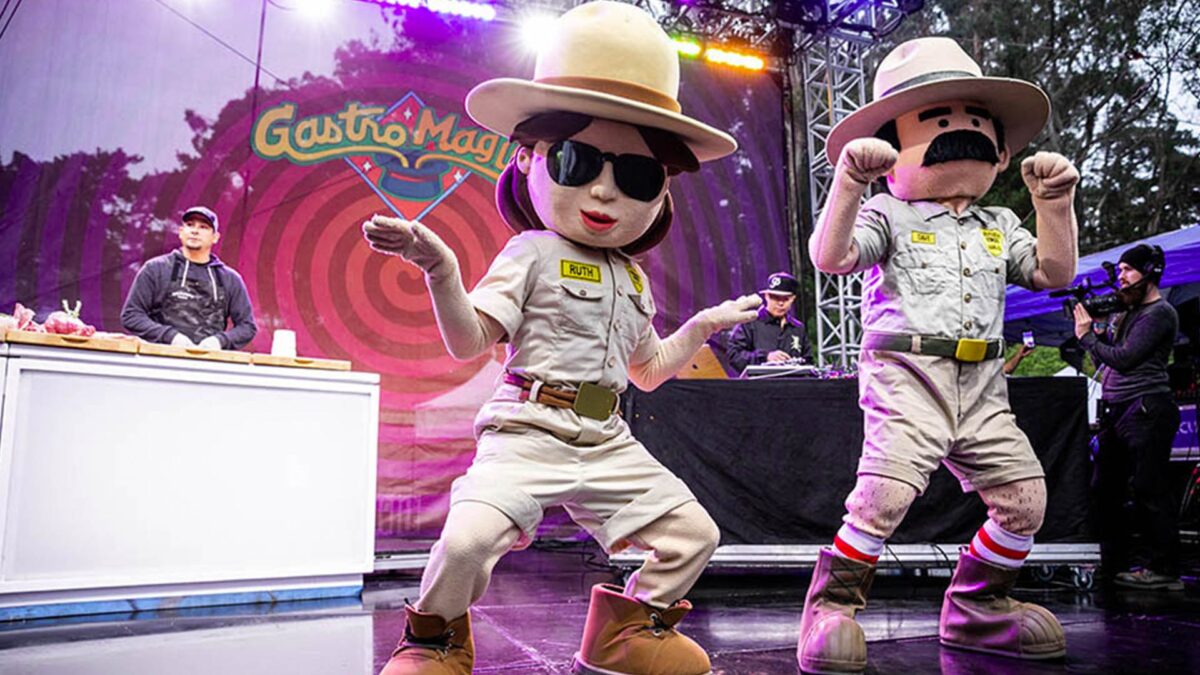 A significant differentiator of Outside Lands (OSL) compared to other large music festivals is its emphasis on forming local partnerships with community businesses. The event meticulously curates a diverse lineup of food, beer, wine, cheese, cocktails, art, and weed options; elevating the experience for all attendees.

Now that we’re counting down the days to Outside Lands, here’s a preview of the cuisine, beverages, and activities that will help you take full advantage of this year’s Halloween weekend edition of the festival. 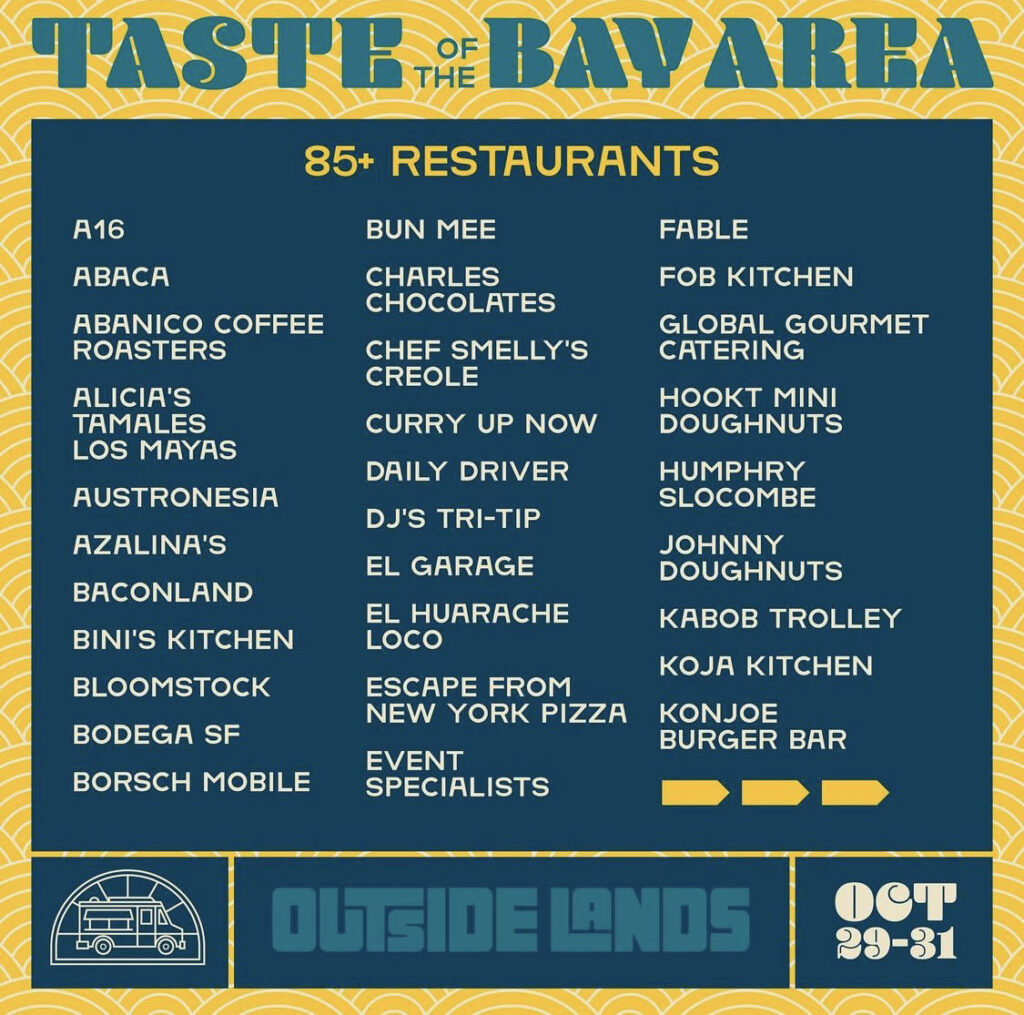 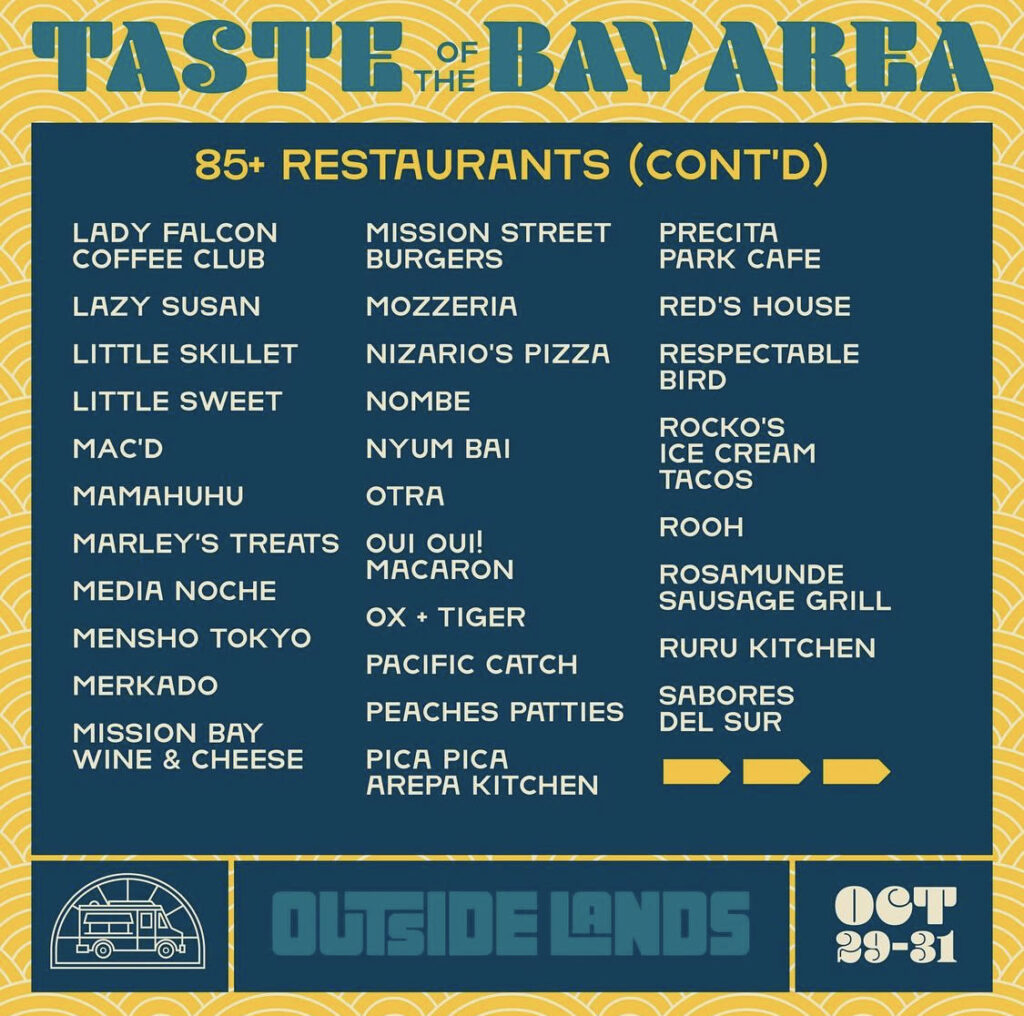 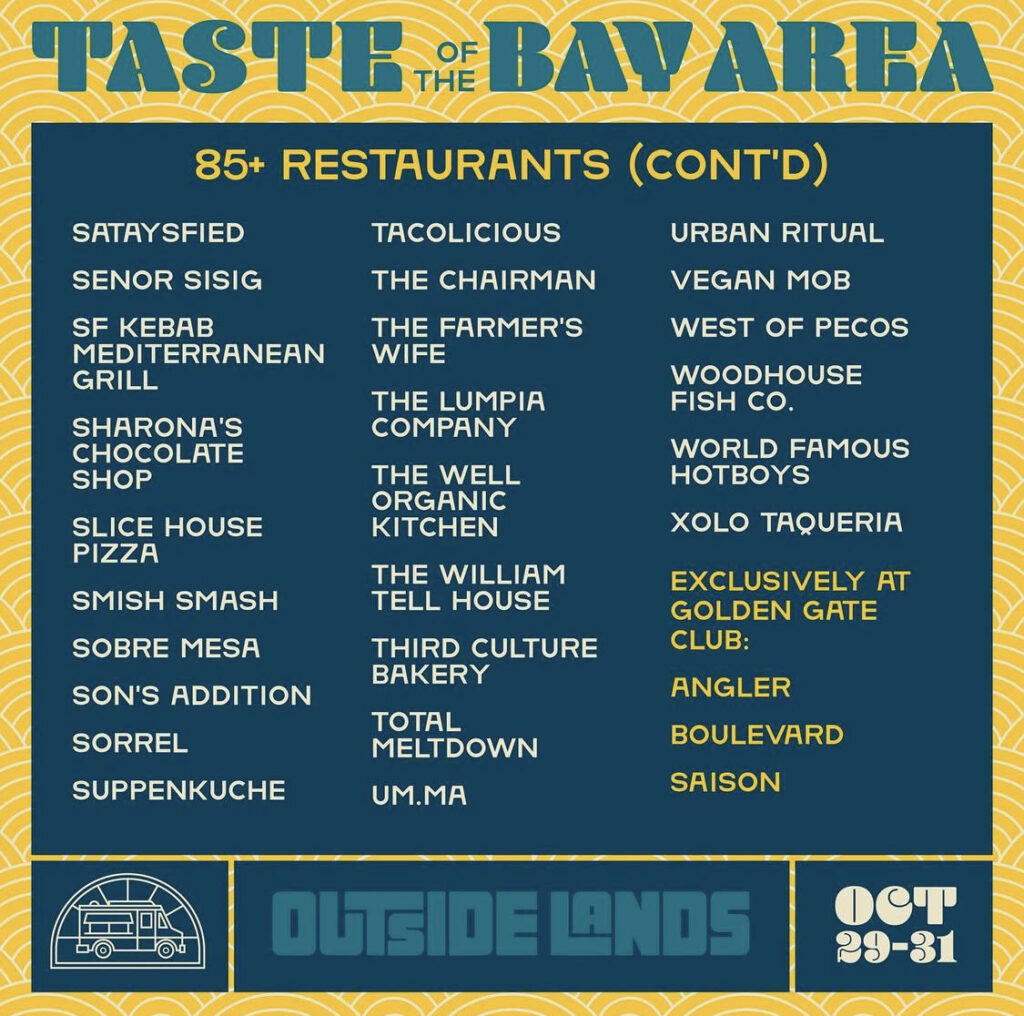 Those looking for red, white, and bubbly wines should be sure to visit Wine Lands at least once during the weekend. More than 100 wines from California will be available – there will be a few selections from abroad as well.

For those that prefer a delicious mixed drink, Cocktail Magic within the McLaren Pass area of the festival will be serving craft cocktails. Three new bars will make their debut: Frank & Vlad’s, The Silver Girls, and The Buttery Tipple. In the McLaren Pass area there will also be magic shows and more live music.

A different type of magic is GastroMagic, which pairs up top chefs with musicians, comics, and other artists for whimsical, unpredictable shows. The official list of participants will be announced soon.

Outsider Art is the festival’s collection of sculptures, stage designs, and live-painted murals from Bay Area artists. It also features murals from past editions of Outside Lands to ignite the nostalgia.

Grass Lands was famously the first sanctioned, curated cannabis experience at a major American music festival. Now in its second appearance at Outside Lands, the leafy, 21+ space celebrates, educates, and sells weed and cannabis products.

DEC 10 Sing You a Merry Christmas Concert at Grace Cathedral 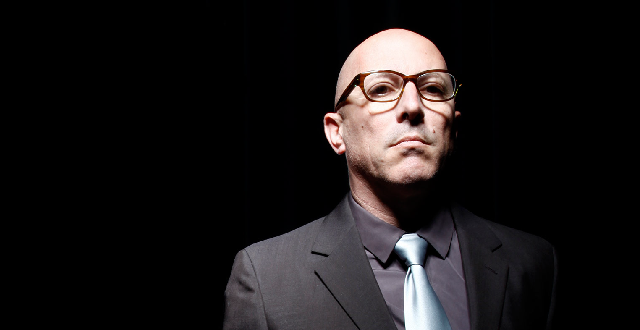