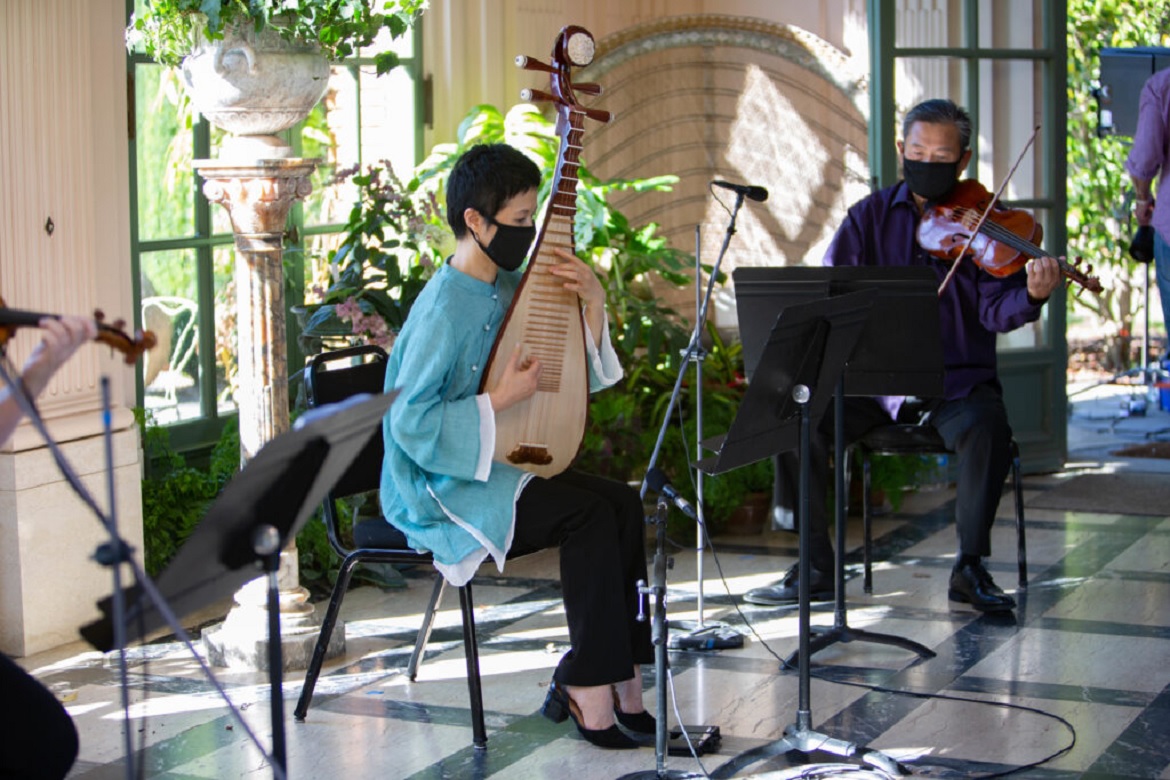 The four installments, curated by Michael Morgan, feature Bay Area guests as well as musicians from the San Francisco Symphony. The main video episode, an accompanying podcast and educational “Explore & Create” video, is curated and hosted by conductor Daniel Bartholomew-Poyser. The main video episodes feature conversations about each musical culture; reflecting on their relationship with classical music, plus performances of original arrangements of music representative of the four genres.

The first two episodes, “Enter the Pipa” about Chinese music and “Bay Area Blue Notes” about Jazz music, are out now and can be viewed below. Episode III, “From Scratch” about Hip Hop culture, will be released on September 6th, and Episode IV, “¡Viva México!” about Mexican culture, can be viewed starting on September 16th.

We cannot consider San Francisco without also considering the many contributions of its resilient Chinese community. Flocking to California in the 1850s in search of a better life, Chinese immigrants endured the dangerous work of building America’s first transcontinental railroad. Their reward? Discrimination and marginalization. But out of this hardship emerged stories, sounds, and traditions that speak not only to the Chinese or Asian immigrant experience, but the American experience.

San Francisco’s Fillmore District—known as the “Harlem of the West” in the 1940s and ’50s—was once a cathedral of Jazz, its dozens of clubs inhabited by celestial beings such as John Coltrane, Miles Davis, Billie Holiday, and Charlie Parker. Its heyday marked an important chapter not only in Jazz history but also in the Black American experience; its legacy lives on in the work of passionate artists who believe Jazz—its freedom, movement, and expression—is a state of mind, a way of life.