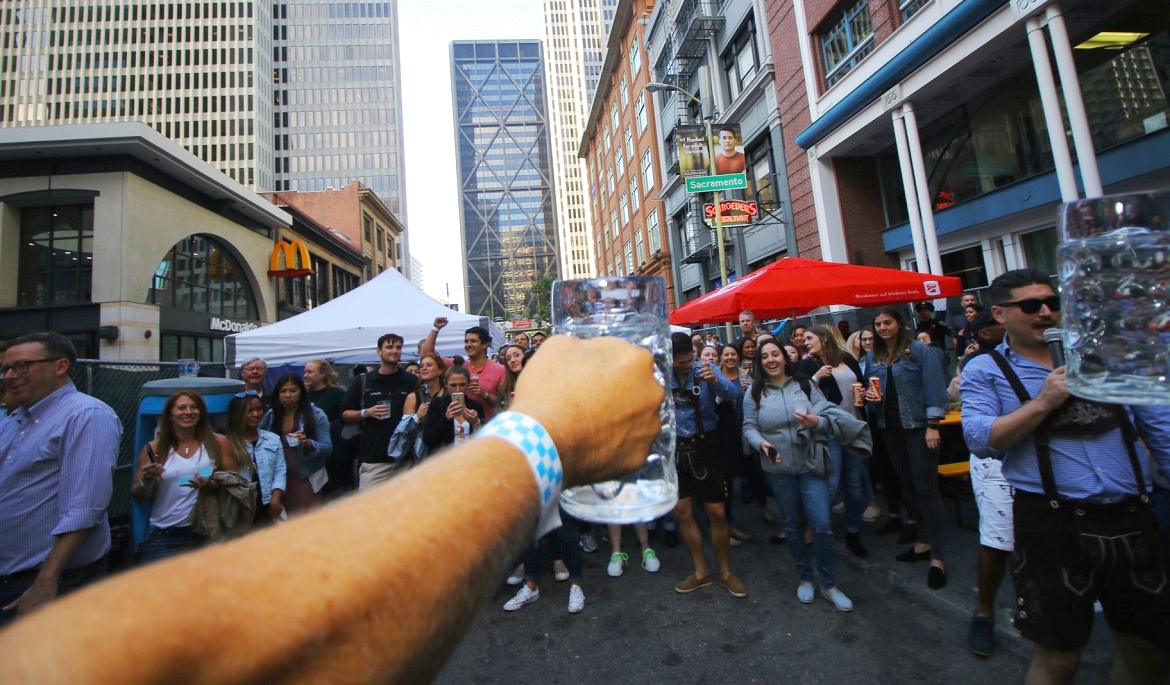 German restaurant Schroeder’s celebrates the annual Oktoberfest holiday with a weekend block party to kick off the celebration on Friday, September 20th, starting at 3pm. Founded back in 1893, the restaurant / bar has a long history of hosting Oktoberfest with a Bavarian flair.

The opening celebration at will close down the 200 block of Front Street starting at 3pm to make room for foot traffic. DJ Jerry Ross starts at 3pm, followed by the band Pop Rocks at 5pm. And then DJ Jerry Ross takes the party inside from 8pm to late.

Sponsored by Weltenburger Brewery, each Saturday through October, there will be free, 21 & over events; featuring live music, German-inspired fare, and beer games like stein chugging, stein holding, sausage eating contests from 6-9pm. If you’re with a group, invest in the tokens to save a few bucks.