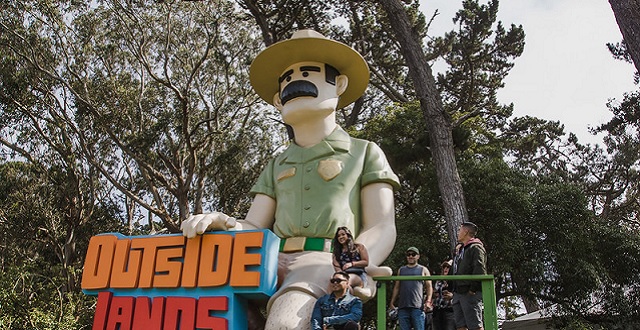 With Outside Lands coming up fast, we put together a round-up of the local San Francisco Bay Area bands and musicians performing at this year’s three-day festival Golden Gate Park.

P-Lo
Paolo Rodriguez was born in Pinole and established himself under the P-Lo moniker as one of the Bay’s premier hip-hop musicians. He is also one of the founders of production collective HBK Gang (‘Heartbreak Gang’).

Luttrell
This San Francisco DJ is part of the Anjunadeep electronic collective. He also formerly contributed to half of the electronic duo, the M Machine.

ALLBLACK
The East Oakland rapper does not hold back his thoughts when he flows and makes tremendous contributions to charitable causes for his local community.

Justin Martin
Dirtybird co-founder consistently contributes to the dance music scene by creating fresh beats and hosting parties throughout the Bay Area that have expanded nationwide. He made a name for himself early on by hosting free, renegade parties in Golden Gate Park before expanding to larger venues.

Counting Crows
Easily the biggest local act on the lineup, Counting Crows started in Berkeley forming back in 1991. Their extensive catalog of alternative roots-rock tracks will make for great singalong moments at this year’s festival.