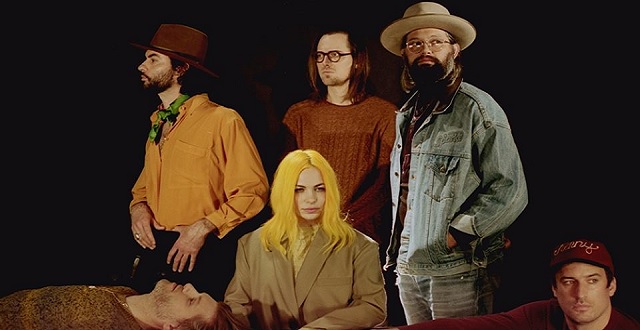 Folk-rock band The Head and the Heart wrap up their current U.S. tour, in support of their newly released album Living Mirage, with a final stop this July 26th at Bill Graham Civic Auditorium.

The band has gone through transformational change in recent years; using Living Mirage to showcase their new sound. Many of the tracks on the group’s latest record were either written in Joshua Tree or used outside songwriters. Regardless of their creative method, the new material touches on serendipitous love, and as a result, the songs view the world through a mostly positive lens.

As a preview of their upcoming show in SF, we spoke to frontman Jonathan Russell to learn more about the band’s approach, working with songwriters, and his recent move to San Francisco.

Can you explain the band’s decision to go off the grid and reunite to make the album?

In a way. We went to Joshua tree in January 2018 kind of for that reason. We wanted to try to clear the table. Move everything away. Start from scratch. I feel like we’ve been doing this thing for ten years and mentally you have to almost cleanse the palette and see what else is out there. One of the main things I wanted to do from my perspective was come at writing from a different angle. I guess at the time, I kind of maxed out me with an acoustic guitar I felt like. Had I recycled that, I would have been another version of what we’ve been doing. It felt like the right time to find a place creatively and location-wise that would allow for new visions if you will, which I feel the desert never disappoints.

We were there for a few weeks. I really just wanted to be a more of a reactionary writer in terms of a band instead of a band backing a songwriter. Songs like “Running through Hell,” “Living Mirage,” “Glory of Music.” Those came out of the desert. Both “Running through Hell” and “Living Mirage” were literally just stream of consciousness. Both of those songs stemming from a riff. And then we would just play and play and play for like fifteen minutes and we would have these jams and go back and listen. We were trying to find this fresh energy. As we were working, thinking, and editing, which we do a lot of the time, we wanted to not do that not to do that. Almost like a teenager in your parents’ garage. You’re not thinking you’re just reaction. We were trying to capture that. Once we allowed ourselves to do that, songs like “Living Mirage” and “Running Through Hell.” There’s no way, sitting down as a songwriter, I would’ve made songs like that.

What were some of those breakthroughs from writing with pop songwriters?

After we did a few weeks in a desert, we had one way of writing. These colors and this type of songs. If you had the entire album of that exact flavor if you will, you get sick of it halfway through. We wanted to counterbalance the style of writing with something more succinct. Now we have this loose, fresh energy, almost Jackson Pollack painting style songs, we wanted to go with sharper angles of songwriting. People asked if you’ve ever considered co-writing with people who write for different styles of music. Honestly, I had never thought of it because it has never come up. It was both terrifying but also one of the most rewarding moments of being a songwriter for me personally because you’re writing with people who not only is that what they do. They write songs for other people. Going in with someone has a different style of writing than you. Every single day was a new writer. It was almost like a workshop or speed dating for writing. OK, guys, we have five hours. I learned a lot of skillsets and discipline.

I don’t want to say I’m a lazy writer typically, I don’t finish something just because I started it that day. I carry something around with me for a week and I wait for that emotion to come back. These guys are like no no no, we have one more hour, we have to finish this song before. A lot of people don’t talk about co-writers. I feel like it loses a lot of the romance and mystery for people. There’s the beauty and romance and mystery of making music, which is still intact. At the same time, if you’re not working your craft, you’re not going to grow. This album has a beautiful spectrum of basically you’re listening to a band going through a growth spurt but also going through an artistic bloom. In order to do that, it was time to see what else was out there. How are other people writing? To have that experience, to have very different stylistic writers I think allowed for other songs to come out. Now you have something like “Living Mirage,” which is literally me, stream of consciousness, doing an abstract love song, me being a satellite and talking to the ethos. And then you have a song like “Missed Connection” very boiled down trying to say the most with as little words which were a new challenge. I think I gained a new respect for pop music and pop writers. I’m not sure I’m quite there yet. It’s a really tough and beautiful thing when you can say something with three words or four words and really have an impact in that way.

Is there a particular love story behind Living Mirage, or is it more a collection of feelings from different relationships?

I feel like this one more than any other album, instead of it being like one overall concept, there are these vignettes. It’s almost like, my verses in “Brenda,” Moving through the room like a show on the wall. When I wrote that on a synth, somehow it transformed me back to being a 17-year-old kid. I was a lifeguard when I was younger. I remember those summers where there would be an exchange student staying with my friends who lived in the neighborhood. You would have this immediate crush. You would fall so hard for this person you’ll never see them again. All summer you’d be in the clouds. That feeling of being of a teenager with temporary love. Somehow that just came through in the music for me. That’s only in that one song. Moving to ‘Running Through Hell” is me thinking about growing up in a blue-collar family, and the stress of lack of money, and how your family falls apart, and fuck my car won’t start. Just real ass life.

I do feel like they all live under this umbrella. With the song “Living Mirage,” which is the first song we wrote. It kind of set us on track of me realizing if I just remove these invisible barriers that I’ve been carrying around for 34 years of my life thinking uh, I can’t do that or I can think this. If you see it in the world, when you approach something, you can look at it in a positive light or a negative light. If you just, I feel like I finally allowed…this is gonna sound cheesy. I finally found myself to be loved. Then you can truly allow yourself to love others. I finally worked through my own shit, met the right person and I just wanted to like. Glass half full. I do think there’s an overall. These songs live under this umbrella of viewing the world, choosing to see it as a positive versus getting hung up on the negative. There’s always going to be negative there. If you just look a little to the left, there’s somebody walking down the street with a smile on their face. Focus on that, man. The overarching theme here is just to look at beauty period.

Speaking of beauty, what do you enjoy most about visiting San Francisco?

Hey, so I live there now. I live not far from Divisadero, not far from The Independent. My now fiance, who I met in Chicago… I don’t know how deep I want to go. This is like a three-fold answer. I’m not trying to shamelessly plug a song here. The song “Missed Connection” is all about me missing a flight, meeting this beautiful woman who is now my fiance, this was three years ago. The whole concept of, had I not missed a flight, had not all these things not gone wrong… I wouldn’t have met her. I wouldn’t have moved to San Francisco. All of the things that wouldn’t have happened based on this what I thought was a bad thing. A missed Connection. That’s how I wound up in San Francisco. I fell in love. She grew up in the Bay Area.

What has been the biggest surprise from the tour so far this year?

Our stage design is finally caught up with the diversity of our music now. The complexity of the music. The sonics have grown. There are more characters coming out from me while I perform now. The most exciting time to be performing is right after a new record because you’re still getting to know these characters I’m basically performing as within these new songs, and the lighting and stage design built up around these new songs now.

I’m curious to see what I do. I don’t even know what I’m going to be doing exactly in a good way. Anytime you see someone discovering something on stage, that allows for a genuine experience. This is the best time to see any artist is when they’re in the discovery phase and that’s where I’m at. If I’m a fan or even not a fan, I would see us play right now. That’s when the most authentic and genuine expression is actually able to happen. Whether your a fan of this band or not, I feel like it’s just going to be a good show to see. It ends at my now home. I wish I could tell you that I was that forward-thinking. No, just luck. Dumb luck. 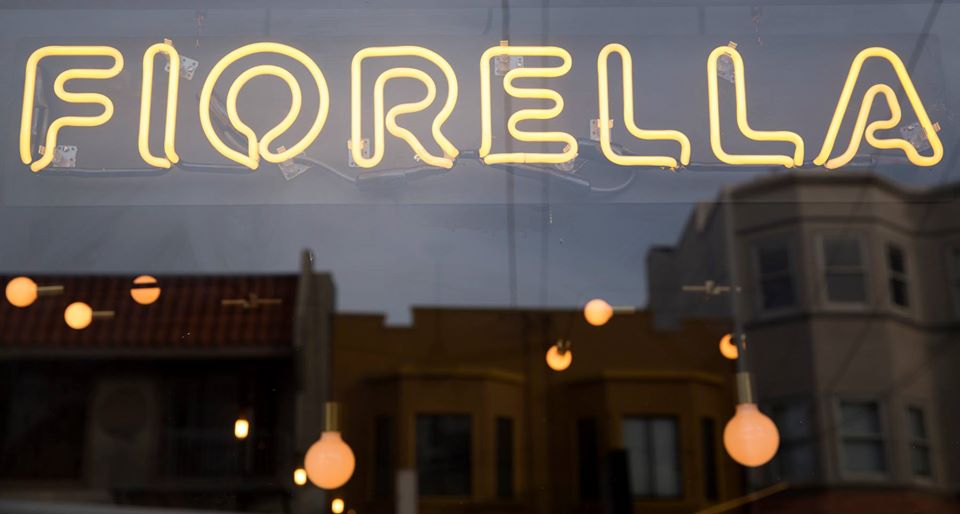 Fiorella and Bi-Rite Pay It Forward