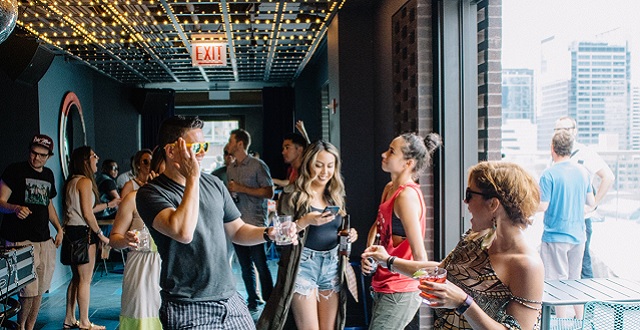 Live music promoter React Presents and Virgin Hotels have partnered to bring the “Daylight Disco” monthly party to the new rooftop bar, Everdene. This iteration of the party extends a partnership of the “Daylight Disco” summertime parties that began in 2016 at Chicago’s Cerise Rooftop Bar. French producer Breakbot headlined the very first “Daylight Disco” and the parties have had enough success for them to bring it to SF.

One final event on October 5th has yet to be finalized; so stay tuned on that.

General admission tickets for “Daylight Disco” are $15 and a “Daylight Disco Lift Pass” for all five parties is $75. The “Lift Pass” comes with a few perks: a custom laminate, the ability to jump the line, plus a PAX Era vape pen with on-site customized engraving. 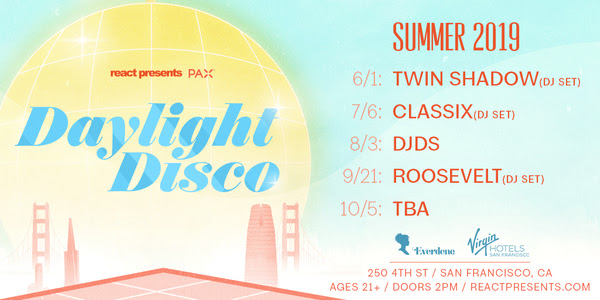