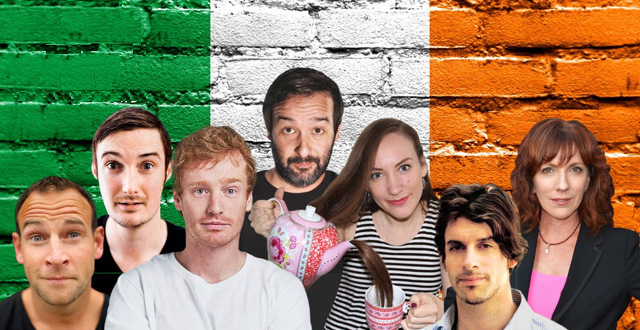 In a run-up to St Patrick’s Day, The Real Irish Comedy Fest will celebrate Irish comedy with a six city tour in and around the San Francisco Bay Area. Founded and directed by native Dubliner and long-time San Francisco resident David Nihill, the festival promises lots of laughs over a drink or two, and runs March 9th through March 17th, closing at Cobbs on St. Patrick’s Day.

Nihill recently became the first Irish person to win the San Francisco Comedy Competition in its 43-year history. He believes that America is ready for a new brand of Irish comedy and is on a mission to change perceptions of Ireland in America while simultaneously helping Irish comedians get exposure.

Some of the comedians on the comedy tour include Sean Finnerty from Longford, Katie Boyle from Kildare, Mark Hayes from Cork, Dubliner Francis Cronin, and others.