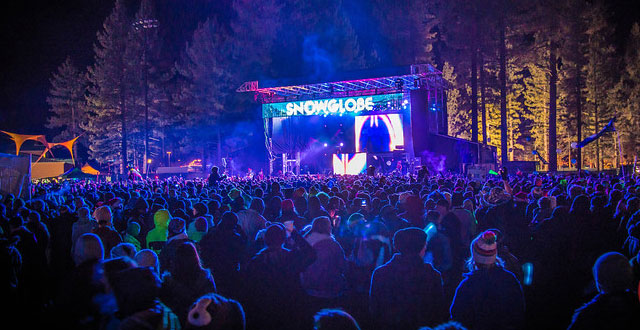 Beyond the live music on three stages, the main stage will feature the Big Air showcase with professional ski and snowboarders flying through the night in between sets. Art installations galore will decorate the snowy alpine environment.

Tickets to SnowGlobe are on sale, starting at $199 for general admission.

Visit the festival’s website for more details about the event such as local lodging options and sustainability initiatives.