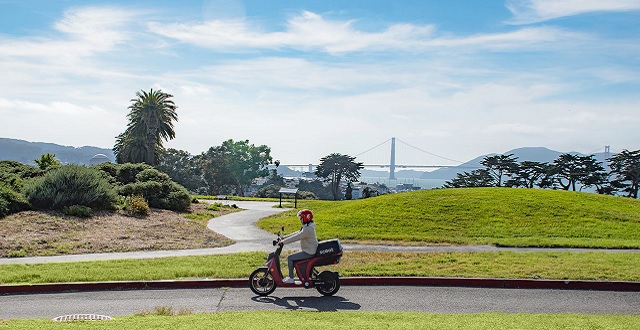 Over the next six months, Skip and Scoot can operate 1,250 scooters in the city limits. That number can potentially double in the second six months. SFMTA ranked each applicant using a matrix process based on various criteria, including education on safe riding practices, experience operating logistics businesses, and assurances to redistribute scooters to low-income residential areas.

Skip and Scoot successfully won over city officials by offering unique conditions in their applications. Skip, which also currently operates in Berkeley, San Jose, Oakland, Portland, and Washington, D.C., was the only company to propose creating a community advisory board. The company also offers a team of ambassadors that approach users about safety and offer helmets to users.

Scoot, which already has a permit to operate sit-down scooters in San Francisco, was the only applicant to require all users to watch mandatory training videos. Both Skip and Scoot are also working on locking mechanisms to prevent parked scooters from blocking sidewalks.

The ten unsuccessful contenders for the coveted scooter permits in SF were Jump (owned by Uber), Lyft, Lime, Bird, Spin, Ofo, Razor, Ridecell, Hopr, and Uscooters. The lowest performing companies according to SFMTA’s matrix were Bird and Razor.

Bird, founded by former Lyft executive Travis VanderZanden who now works for Uber, was one of the first startup companies to popularize the dockless scooter craze in San Francisco. Earlier this year, three companies (Bird, Lime, and Spin) dispersed hundreds of electric scooters on the streets of San Francisco to the mixed reactions of local citizens.

City officials were forced to impound some scooters and issued cease-and-desist letters to the three companies. All twelve companies stopped San Francisco scooter operations back in June and waited for the City to introduce a permit application process for the new pilot program.

As the two get into full operations, it also looks like they’re hiring quite a few positions. Scoot has 29 jobs listed and Scoot has 20 jobs listed in San Francisco.

JAN 24 Live From The Alamo at Alamo Drafthouse