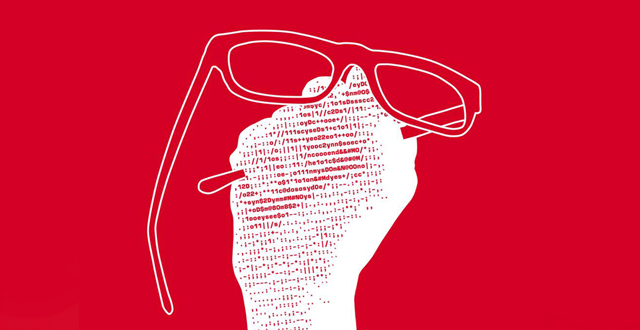 On the third Wednesday of every month, Nerd Nite (NNSF) returns in all its nerd-filled glory. Each month, Rickshaw Stop becomes the City’s go-to place to hear speakers break down an endless number of topics—everything from spider courtship to the Martian magnetosphere, to flute making, and the history of neon signage.

Since 2010, Bart Bernhardt and Lucy Laird have been carefully curating a lineup of three speakers for each Nerd Nite show—each with a mix of academic or scientific experience, professional experience in a non-scientific field, or knowledge in another unexpected area of “nerdery.”

The duo was first paired up by a mutual contact who recognized their different, but equally nerdy sensibilities. With Nerd Nite events now happening all around the world, from London to Tokyo, it wasn’t too difficult to find San Francisco ready to hop on board with the new extension.

Speakers are often professors, post-docs or authors and each talk lasts about 20 minutes, while the greater audience gets saucy on bar libations. After the show, it’s not uncommon to find audience members unloading all sorts of useful and random information with both speakers and new acquaintances.

In its early days, the event quickly became almost too popular for its own good and the organizers decided it better to announce the event just a week or two in advance to keep crowds manageable. 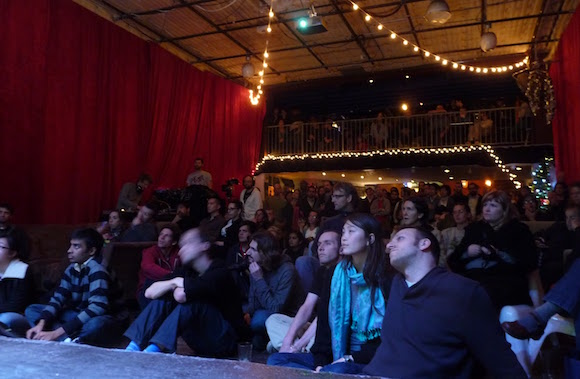 We spoke a little more with the creators to find out how the event became such a big hit and how it kept attendees flocking in droves—all for the chance to geek out with the community.

How long have you been organizing Nerd Nite and how did you become involved?

Lucy & I started NNSF in 2010. I got involved when the founder of Nerd Nite, Chris Balakrishnan, and the head of the NN network, Matt Wasowski, went on a national tour and ran pop-up Nerd Nites in several cities. I saw them in SF at an underground event space. I was blown away by a scientist talking about their research and making jokes and going on tangents about heavy metal. This was how my scientist friends actually talked when we hung out in bars, swearing and drinking enthusiastically. Not at all like the strained artificial cadence you hear on NPR or TED, or at science cafes. I wanted more of that, and when I couldn’t find any more, I wanted to create it. 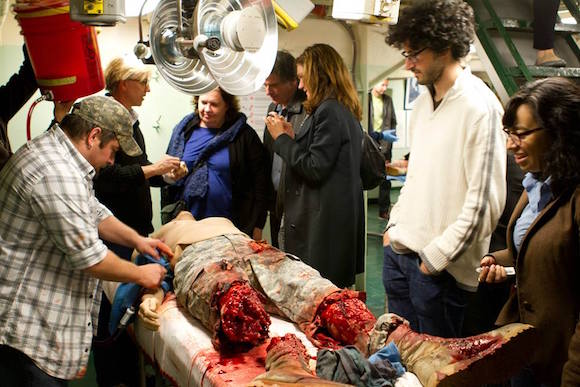 Can you talk about the founder of Nerd Nite and how it all got started back in 2004?

Chris is [now] a respectable East Carolina University assistant professor, but starting [I think] back in 2003, he was a ‘dive bar-inhabiting grad student’ at Boston University studying the evolutionary biology of parasitic ornithology (birds that lay their eggs in other birds’ nests and trick the hosts into raising them). In some species, the parasitic birds murder all the other host babies while still blind hatchlings. So, every time Chris went and did field research in Cameroon, he’d meet up with his friends over the course of several weeks at his favorite bar and explain his research. The bartender got sick of hearing about it and told Chris to invite everyone he knew all on the same night and explain it in one go.

What would you say to someone who might compare Nerd Nite to TED Talk or Mythbusters…maybe even Drunk History?

I love TED Talks, Mythbusters, and (especially) Drunk History. You’ll find elements of all of those at Nerd Nite: big ideas, goofy experiments, and entertaining history. We’ve been described as “like TED, but drunker!” Also, Mythbusters and Drunk History are mediated. They consult experts and then process it into an entertainment experience that is only tangentially educational. That’s fun, but we like to put the expert front-and-center and be very authentic. Our audience cheers for data. 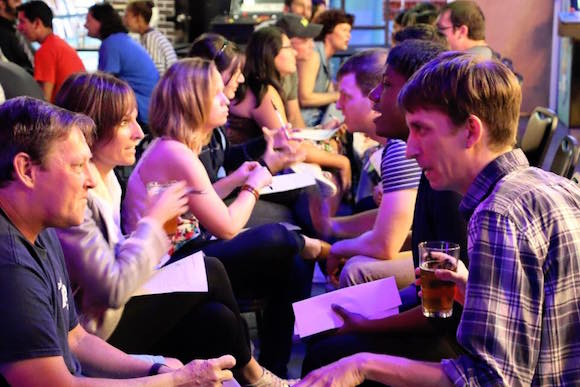 How do speakers prepare in advance for a talk? What guidelines, advice, or tips are they given?

[This question could be] a whole interview in itself. The short version is we just coax speakers to deliver meaningful information and insight, but still have fun, drink up and stay informal. Our involvement depends on the speaker and their experience. We can be completely hands-off or support them by providing coaching and rehearsal services. We love early career speakers who want more experience with public engagement, so we pride ourselves on creating a safe and supportive environment to give them a shot.

What do you think draws people out to learn about obscure topics in an age where the all-knowing Internet could provide roughly the same information?

Community, first and foremost. We’ve had people meet at Nerd Nite become friends and even get married! If your idea of a fun Wednesday night is to drink beer and learn about dark matter detection, medieval gender norms, and the history of the MUNI fast pass, then you have found your tribe! These are people who love what they do and want to share their enthusiasm and expertise. My happiest moment was when a terrific scientist said to me, “I’ve done a lot of public talks and this was by far the most fun I’ve ever had.” 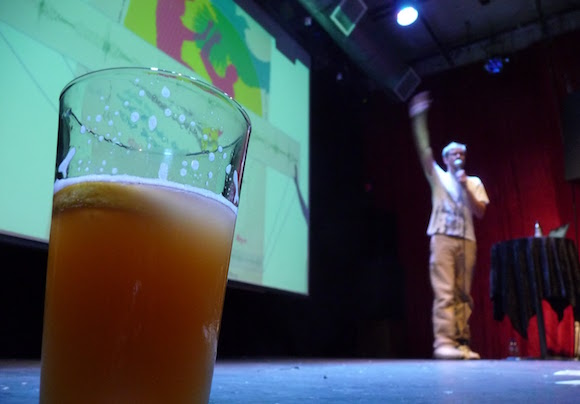 Speakers drink and lecture at NNSF at Rickshaw Stop

Do you think the word ‘nerd’ still means what it always has or has the idea of being a nerd changed over time?

Many pixels have been spilled on the Internet discussing the meaning of the word “nerd”. Truthfully? I don’t really care. If you self-identify as a “nerd” for any reason whatsoever, you are welcome here.

Do you have any long-term goals for the future of the event or any topics you hope to cover?

We hope to keep running our casual lecture series and to do our part to keep SF weird by periodically running stuff like punk rock science concerts and solving great feuds in science with underground wrestling. We’d love to see our Silicon Valley chapter restarted. If there’s someone in Mountain View or San Jose who wants to take on running a Nerd Nite, let us know. It’s a lot of work, but very rewarding. As for topics: I really want to know more about water policy in California. Can’t believe we haven’t done that yet.