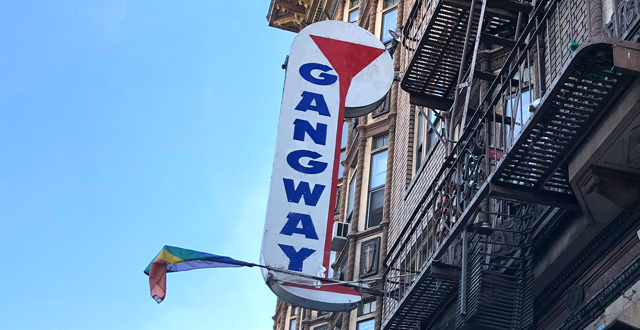 San Francisco’s longest continuously operating gay bar, The Gangway, suddenly closed after 108 years serving drinks at 841 Larkin Street. The nautical-themed tavern in the Tenderloin recently transferred its liquor license to a new entrepreneur and future plans for the building are currently unclear.

Popular with a gay clientele since at least 1960, the bar served booze all-day and has a rich history. The Gangway also functioned as a community center, hosting events such as fundraisers, holiday parties, and ring exchange celebrations between partners long before the legalization of same-sex marriage.

Sam Young, owner of Polk Street dive Kozy Kar, now also holds The Gangway’s liquor license. He plans to convert the building into a new establishment called Young’s Kung Fu Action Theatre & Laundry LLC, a potential laundromat that will supposedly screen movies while customers wait for clothes to dry. However, there’s no word yet as to how the business concept will incorporate the liquor license, or if the owner is even fully committed to the idea.