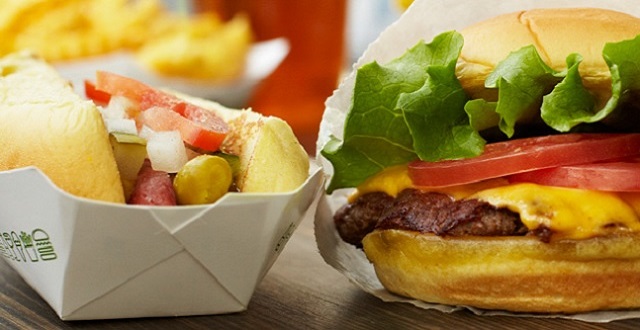 Shake Shack started back in 2004 as a hot dog cart in Madison Square Park and is known for its milkshakes. Although the company still sells hot dogs, their burgers helped the brand grow in popularity beyond the east coast market, leading to a coastal debate over which burger reign supreme? Southern California’s burger chain In-n-Out or Shake Shack.

There are currently 160 Shake Shack locations worldwide, of which 100 are in the United States and seven are in California—but all seven are in the Los Angeles and San Diego areas.