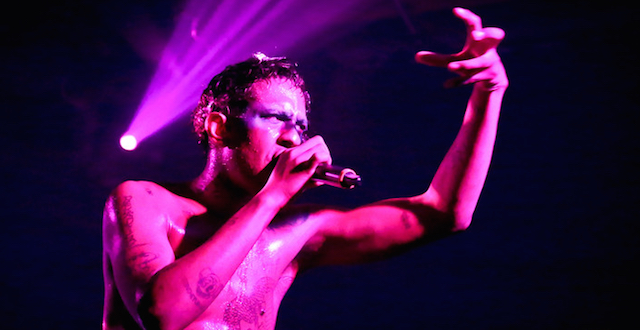 Even the newest transplants find out pretty quick, San Francisco loves to get weird. From the S&M showcase at the Folsom Street Fair, to How Weird!, to streaking through the Panhandle wasted at 10am for a light jog known as Bay To Breakers, San Franciscans and travelers together seize any opportunity to fly their freak flags. Those super mainstream events are only the tamed-down tip of the oddball iceberg. Nestled into the nightlife underground, a production collective called 120 Minutes has been twisting up the typical club scene with a gothic spin at venues like Public Works and Mezzanine.

120 Minutes was launched by local DJ and event producer Marco de la Vega. In collaboration with a small, core group of DJs, including oOoOO and Chauncey—they fuel its own underground scene and feed the city’s desire for more dark and mysterious nightlife vibes. Since landing their initial residency at Elbo Room in the Mission, 120 Minutes gained rapid underground attention for assembling an eclectic crowd from the fringe scenes around the Bay. 120 Minutes events cross-pollinate genres like Post-Punk, Electroclash, and Hip-Hop beat signatures with a Goth flare. The 120-crew has brought niche acts like Death Grips and cholo goths, Prayers, to highlight this subculture in San Francisco.

This year marks the sixth anniversary for 120 Minutes. Beginning Friday, September 2nd, the crew is celebrating with three nights, each flaunting separate faces of 120 Minutes. Mykki Blanco kicks off the celebration at Elbo Room this Friday. “Mykki Blanco,” de la Vega explains, “is on that queer punk art vibe.” The following night lights up Mezzanine to bring Tim Hecker, Andy Stott, and Demdike Stare—the former of which Marco calls “a super awesome experimental electronic show.” Then, 120 Minutes caps off their six-year anniversary bender at Mezzanine, with a double-headliner featuring Cold Cave and TR/ST (pronounced “trust”).

Before the three-night affair activates, we wanted to dig up some juicy stories from the history of 120 Minutes. So we called Marco de la Vega to chat…and got much more than we bargained for. SPOILER: Ever witnessed a nude, fake blood wrestling match?

Find the full interview with Marco below and be sure to check out the 120 Minutes’ Facebook page for more event info and tickets.

Where are you now?

I am on the 101, which is currently a piece of shit right now, on my way back to the office. I work at Mezzanine. I’m the director of marketing and talent buying. Mezzanine is one of my favorite venues in the city. Mezzanine is the only larger space (1,000-head capacity) that I’ve ever experienced that has a full team in place for everything. There’s a lot of running around and crazy things to deal with when throwing a show. At Mezzanine, I can get there and [relax], because if something comes up there’s someone here to deal with it.

How did you get into DJing?

I had a loft space in SoMa. I wasn’t a really big fan of club nights and DJ stuff in general, but I had been a record collector my whole life…especially in the 90s when mixtape culture was a big thing. One of my best friends was a huge scene kid. So he would go out to a lot of the clubs and the different [events] in the city, then bring everybody home. So my loft was an after hours spot. My way of dealing with that was to throw on headphones and DJ. So I would kinda be a part of it, be interactive, but not have to actively talk to anybody.

When did you start DJing out at venues and start throwing events?

I met Jenny Young, who was doing a night called FAKE, and another called the Finger, with Omar of Popscene. Jenny had heard me DJ a bunch. [When] Omar was in a band and he went on tour, she asked me if I would fill in for him. I had never played out at any of these clubs so I was like sure why not. She ended up throwing me on the best possible slot around midnight. At the end, I actually had a good time and completely killed it. So it worked out well. I ended up filling in a bunch of different nights for him and Jenny asked me if I wanted to start my own night.

Again, I wasn’t all that into the club thing. I wanted to do weird art-based events that were intentionally non-scene related. So, I put together something to get the people more involved. My first idea in that realm was to have a kiddie pool and fill it with fake blood and have people wrestle. It went amazing for a while. That was at Cat Club. It brought in 800 people without any headliner. So we’d make a ton of money. What ended up happening was people getting naked to wrestle…which was awesome, but overtime, about 8 months in, it ended up attracting a lot of people who were just there to see naked people. It got kinda bro-ey. So I shut the night down.

(Here’s a vid of exactly what he’s talking about. Warning, NSFW.)

That’s insane. How did you move on from that?

I took about an 8-month hiatus. In that time I was not producing events, I was spending time actually producing music. I got more into music production and internet culture stuff. This was around 2010. I started doing some blogging and some other weird shit. [I] ended up being a part of this thing that eventually found the name witch house. It was basically a lot of us emailing each other all the time…Chauncey ended up being my partner, and Chris (aka: oOOoOo) ended up being my partner on things for a really long time. We got written up in Fader [for one of our mixtapes]. That’s when we launched 120 Minutes and continued mixing Post-Punk, Death Rock, Goth…basically taking elements of Rap and mixing with Goth. Prayers [are] a really good example of a contemporary continuation of all this. They were on my radar because of the whole cholo goth thing. I am very Mexican and also very goth.

Basically, it’s two things. The name 120 Minutes recalls the actual late-night MTV show. The whole entire point of the show was to focus on the less mainstream, more fringe alternative newer interesting music. So, harken back to that. But the other thing, too, is back when mixtape culture was still a thing, there were 60 minutes on each side [of a tape]. So…120 minutes. Mixtape culture was such a huge inspiration here.

What were some of the unique elements in the production of 120 Minutes?

We teamed up with a brand new company that was—at the time—unknown. My friend was starting this lighting company called Future Weapons Lighting. Now, Future Weapon is massive. They designed Future’s last tour. They designed A$AP Rocky’s last tour. They did a bunch of stuff for Boys Noize. And my buddy who runs it…[Adam LaBay,] would design us specific lighting rigs, custom for us to bring places. So we were doing stuff at Elbo Room but we had the production level of a much larger space, like an actual concert. We had LED bars and fog and lasers and stuff. That’s always been a part of the production side of 120’. It’s a little more difficult now that Future Weapon has blown up to the extent that it has. We’re putting together some special packages for the anniversary shows.

What can we expect from these upcoming 6 Year anniversary shows?

There’s 3 nights for the 6 year anniversary…6-6-6! (chuckles). On Friday September 2nd, there’s one show at Elbo Room, which is where we were for a bunch of years. I think we’ll do more smaller shows there again, because that’s just good to bill smaller artists. At Elbo Room, we have Mykki Blanco, who’s played 1015 (Folsom) and Mezzanine. Mykki is the homie. Like with most of the artists we bring through, we’ve been talking and working on things for years on end.

The second is September 3rd with Tim Hecker, Andy Stott, Demdike Stare—which is like a super awesome experimental electronic show. Their performing at Mezzanine—more of a showcase vibe.

The third is Cold Cave and TR/ST, a double headline thing, that’s going to be September 9th.They’re all fucking amazing.

After the anniversary shows wrap up, what can we look forward to from 120 Minutes?

Moving forward we have our Halloween show, which is at Mezzanine with Giraffage and XXYYXX. Then, we have HEALTH playing in October as well.

We’re also going to be doing more underground parties. With the underground parties, we always send some stuff out via email blast. You can send us a Facebook message with your email address or anytime anyone’s bought tickets at one of our previous events, we put together email lists based off that. We’ll do a blast via email with event location and stuff like that and we’ll do the occasional cryptic Instagram post.

That depends on which moment in hardcore. Right now, I’m still in that whole Trash Talk kind of scene. I still love the energy involved in that ship. Plus they’re the homies. I’ve been lucky enough to throw a few of their shows here in the city. 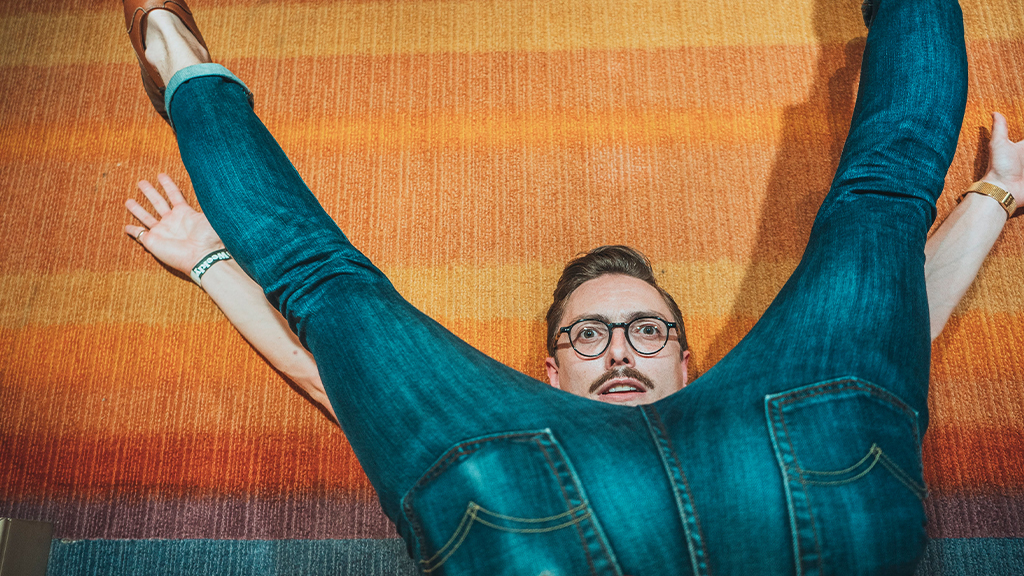