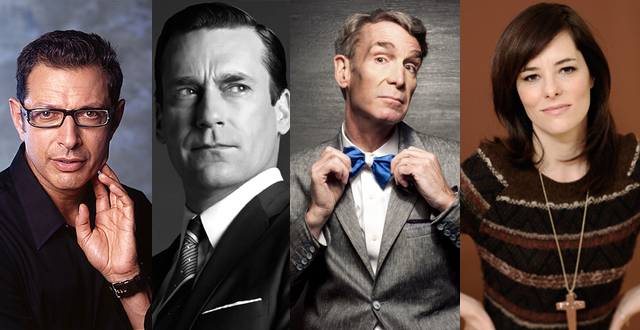 SF Sketchfest has announced the complete lineup to celebrate the 15th annual Comedy Festival, with more than 200 performances at 19 venues across the city. This year’s mega event runs January 7-24, 2016 and tickets go on sale this Sunday, November 22 at 10am.

Sketchfest’s robust, 16-day schedule for the festival includes both major comedy stars and premier up-and-coming global comedians. The 2016 lineup includes a screening and cast reunion for indie mockumentary film “Waiting for Guffman,” a celebration of Oscar-winning actress Sally Field, Jeff Goldbum in conversation, plus appearances by the “Bob’s Burgers” creator and cast members. In addition, Oscar-winner actress Sally Field will be honored, she has a new film, “Hello, My Name is Doris,” and plans to serve as a monologist for the Upright Citizen Brigade’s “ASSSSCAT” improv show. Other noteworthy scheduled programming includes a celebration of animated comedy “Futurama,” and an appearance by tons of comedians including the hilariously absurd Kevin Smith. See further below for the complete Sketchfest 2016 lineup of festival talent.

Expect relentless laughs thanks to non-stop entertainment spanning everything from sketch, stand-up, and alternative comedy to music, improv, films, tributes, live podcasts, workshops and panel discussions. Some of the event highlights from last year include headliners Weird Al, Spinal Tap, Margaret Cho, and a tribute to Christopher Lloyd with a 30th Anniversary screening of “Back to the Future.” Check out our 2015 photo gallery.

Appearances by Comedians and actors: