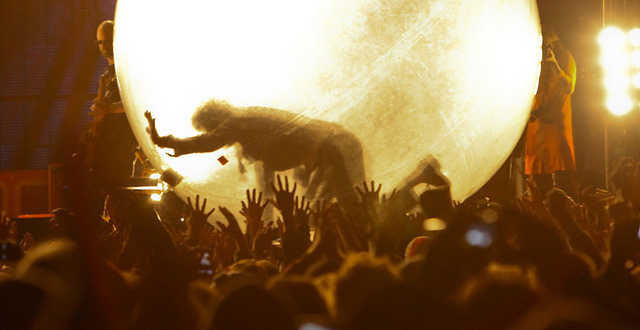 Surprise! For the first time in 15 years, Sea of Dreams NYE will not take place in San Francisco at Bill Graham Civic. Luckily, a fresh New Year’s celebration has been announced to fill the void, dubbed The Big One.

Other participating performers on The Big One’s stellar lineup include San Francisco indie rockers Geographer, plus tons of mind-melting music by electronic artists like XXYYXX, Gigamesh, SF-based Worthy (who is one of the four original members of the Dirtybird Crew), and Pumpkin.

Rounding out the evening will be performances from more electronic musicians like Michigan-based Shigeto, experimental dubstep act Thriftworks, soulful talent Late Night Radio, and mashup specialist Motion Potion. Even more artists will be announced in the coming months.

Although Sea of Dreams has departed, still expect Bill Graham to be packed with with art, spectacle and world class talent at The Big One. Tickets for The Big One go on sale this Friday, October 23 at 10am PST.

Event promoters HUSHconcerts (formerly SunsetSF), who help put on Ghost Ship Halloween and HUSHfest, and Another Planet Entertainment (organizers behind Treasure Island Music Festival and Outside Lands) are the two entities supporting the Big One.

Main Photo by Shaughn Crawford from The Flaming Lips 2009 performance at Treasure Island.