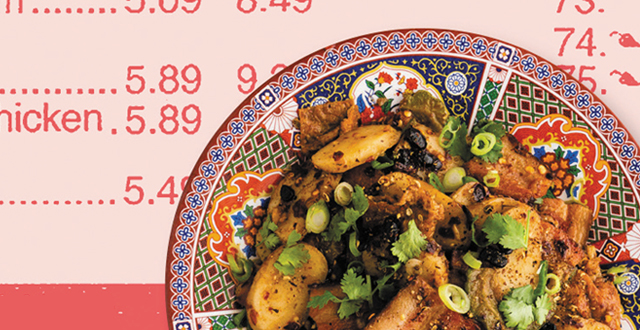 If you ever marveled at Mission Chinese Kung Pao Pastrami or licked your fingers after yet another helping of Chongquing Chicken Wings, you’re probably not surprised that this gem also grabbed the attention of Ecco/Anthony Bourdain Books, now issuing a book dedicated to Danny Bowien’s culinary magic.

The eccentric, multi-talented Anthony Bourdain is known for introducing his audience to great food all over the planet through his TV shows. He has also been curating a collection of titles for Ecco, an imprint of HarperCollins Publishers since 2012. The lineup has proved to be a curious mash-up of his personal interests and foodie cravings, mixing L.A’s food truck sensation Roy Choi with kickboxing’s bad boy Mark Miller. Its latest addition? The young and quickly-rising Danny Bowien, who at only thirty-one, was named Food & Wine Magazine’s “Best New Chef” of 2013.

According to the press-release, Bourdain turns the spotlight on Bowien to tell a story, “A uniquely American one—of how to do everything wrong and have it end up brilliantly, gloriously right”. Having said that, the book, which hits stores November 10th, will include some of Bowien’s famous recipes, along with personal quips, images and most likely, Bourdain’s own quotes.

Bowien, who was born in South Korea, raised in Oklahoma by adopting parents and began his career with New York City-based internships, is strongly associated with San Francisco, and for a good reason – his Mission eatery paved the way to a NYC branch and a whole new outlook on Chinese food and the appeal of kitschy decor. The book only further solidifies that the secret is out! Mission Chinese has moved on from its secretive buzz to its full-on reputation as a ‘San Francisco classic”. Kung Pao for everyone!