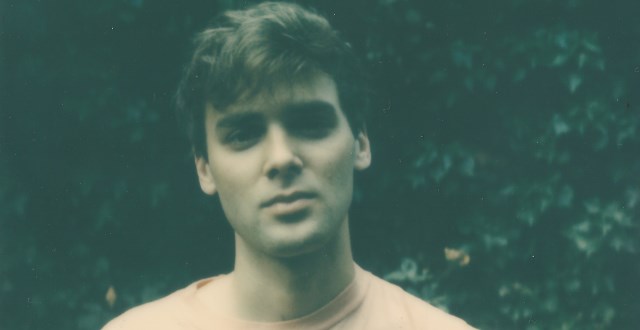 Day Wave, the dreamy, indie-pop solo project of Oakland resident, Jackson Phillips, returns to SF with two upcoming shows at the Independent on September 21 and October 16.

Jackson released Day Wave’s first single last Fall and the first EP, Headcase, came out on July 17 this year. Day Wave brings a refreshingly layered approach to their surf rock sound, performing live with a backup band of friends. As a group, they’ve had a recent string of Bay Area shows including the Budweiser Made in America festival at Crissy Field back on July 29 and at the Phoenix Hotel on August 4. Building momentum, Day Wave now has nearly a dozen shows under their belt, and returns to SF for two shows at Independent in consecutive months.

We spoke to Jackson about growing up in the Bay Area, changes he’s seen to the local music scene and what to expect from Day Wave in the future.

When did you start creating original music?

What the meaning behind the name, Day Wave?

I was trying to find a name that was not taken first of all and also not taken by something else like a production company or a store or some other thing. I had made that mistake in the past with Carousel with my previous band. You can imagine, there’s a lot of things name Carousel.

At the time, I was listening to the Beach Boys and their vibe was directing where I was going for the band name. I wanted a name that fit with the vibe of the music. After writing down a million different band names, [Day Wave] just seemed like it fit, so I stuck with it. The short answer is that there’s not really a huge meaning behind it.

Do you write music in collaboration with your backup band or alone?

I’m doing it all alone. My backup band are all friends of mine. One is a friend from college and the other few are friends that I grew up with. We have band rehearsal and I go through all the layers in my recordings and divvy them up – you play this one, you play that one – and sometimes there’s more layers in the song that all of us can play so we have to pick the important ones or the ones that sound better in the live context. We try not to use any backing tracks. I’ve done that in the past, but whenever I see bands with backing tracks, it feels phony. I wanted to keep this more raw.

Do you see your sound aligning more with the pop or rock genre?

I don’t know. I think it’s good to have a healthy balance. I don’t know if I lean either way. I kind of find somewhere in the middle I think.

Which guitarists do you admire the most?

I definitely have learned from a lot because I only picked up guitar recently. After drums, I picked up piano and synthesizers. Only recently I got into guitar. I listen to bands like My Bloody Valentine, Sonic Youth, New Order and stuff like that to gain ideas for guitar.

Do you come to SF often to hangout or do you spend most of your time in the East Bay?

What changes have you seen to Easy Bay music scene?

I actually grew up in Marin, so I’m not from the Easy Bay. I grew up in Mill Valley. I never really came to the East Bay as a kid, so it’s sort of new for me now. There’s definitely, from what I can tell, more of a creative scene happening in the East Bay compared to San Francisco. It doesn’t seem like it’s as creative over there as it is over here. Maybe I’m wrong, I don’t know.

There’s tons of bands. I’ve seen a lot of bands play in warehouses and galleries over here. It seems sort of similar to Brooklyn in that way. I don’t know how much of that is going on in San Francisco. Kind of like DIY shows and things like that. There’s a good amount of that happening over here.

What has been your favorite show you’ve played so far this year?

My favorite show was probably when we played in New York. It was our first headline show and we sold it out. So that was pretty exciting. The vibe was good.

What was your highlight from playing Budweiser’s Made In America festival at Crissy Field in SF?

That was cool because I was able to invite a lot of friends that I grew up with and put them on the list. They had a great time because they all love E-40. That was pretty fun because I could hang out with my friends from home. It was a cool concert.

Will there be much of a difference between your recent show at Phoenix Hotel and your upcoming gig at the Independent?

Well that show was only like our fourth show or so. So we were still very fresh and as of now we’ve only played eight shows. By the time we get to the Independent with Blonde Redhead, we will have played closer to 10-15 shows. We’ll be more seasoned, seasoned as you can get with so few shows. I think we’ll be just a little more comfortable performing the music. It’s just a little more practice.

Got anything else exciting in the pipeline?

I know we’ll be playing this month, but we’ll also be coming back to the Independent in October with Albert Hammond Jr. It’s really cool. I’m excited at some point to actually headline a show somewhere around here. That will be fun. Eventually we’ll get there.