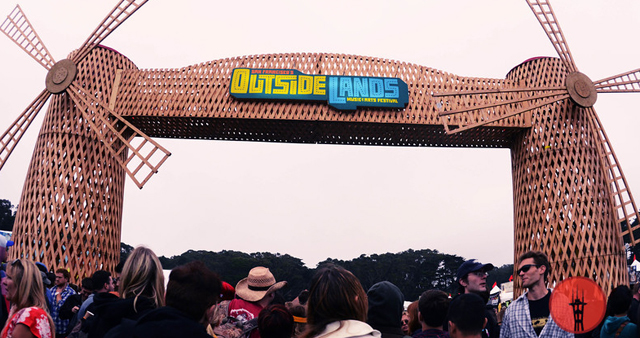 With Outside Lands Music Festival less than two weeks away, we caught up with Allen Scott, executive vice president of Another Planet Entertainment on one of the key organizers of the festival, to talk about life behind the scenes with festival planning.

Explain the process you go through to organize the event each year? Is it year-round planning?

It is a year-round process. So for example, once last year’s festival came to an end, we took a week to evaluate what went right and what went wrong and things we could improve on. Then we started in on this year’s festival. We start on headliners 2-3 years in advance. Before, it used to be a month-to-month process but now, many of the bigger bands have a pretty set schedule that far in advance,  so we have to book further out now than we did before. In terms of 2012 headliners, we had been working on getting Metallica to play for some time. We finally got Lars to attend and see what the festival was like and they signed on. We’re already working on 2014.

Outside Lands hasn’t had many repeat performers. Is that something you try to avoid?

Yes, although we love having everyone come play the festival, we try to switch things up each year. So although a few bands have played more than once in the five years, we try to get different headliners each year and will continue to do so. In terms of the number of artists, we’re usually at about 65-70 acts so it’s a bit easier not to repeat than say a Coachella or Bonnarroo, which usually has over 120 artists each year.

MORE: Listen to the Ultimate Outside Lands Playlist

In terms of the festivals around the country, how do you think Outside Lands compares?

I think we’re definitely part of that “Big 5 or 6” with the likes of Coachella, Bonnarroo, Austin City Limits and Lollapalooza. And we never rest on our laurels. We’re always trying to top the previous year’s experience.

I know in reading message boards that some have complained there’s not enough hip hop or EDM at the festival. Do you make a conscience effort to include all types of music?

We always try to represent every genre and have something for everyone, but it really does “ebb and flow” with who is readily available each year. We do try to include at least one or two acts to satisfy fans of all types of music.

The city of San Francisco recently extended the contract to host Outside Lands in Golden Gate Park for another eight years, obviously pretty momentous for Another Planet?

Yes, we’re pleased and obviously city officials are happy with what we’ve brought to San Francisco. We work closely each year with the Recreation and Parks Department , other city officials and neighborhood groups to look at ways we might be able to improve the festival experience for not only those in attendance, but for those who might be affected.